Man who missed Nobel Prize is Person of the Year 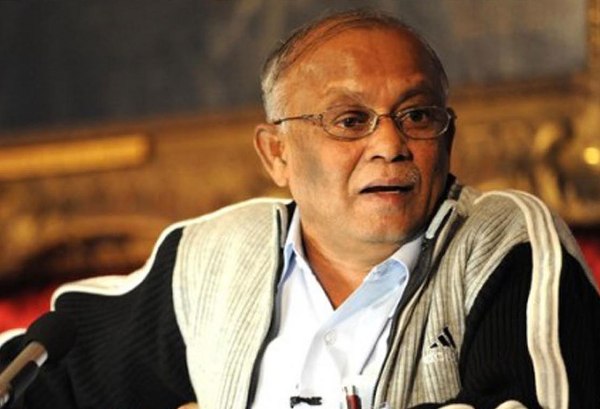 When Indian child rights activist Kailash Satyarthi won the Nobel Peace Prize last year jointly with Malala Yousafzai of Pakistan, the duo became overnight celebrities and hogs the media limelight even now. But there was hardly any media focus on the other Indian nominee who missed the award, Jockin Arputham, 68, the founder of National Slum Dwellers Foundation (NSDF).


Living in a Mumbai slum, Arputham has been working for the welfare of the urban poor in 37 countries through the Slum Dwellers International (SDI), a global movement he helped set up in 1996.

(You can read more about him, his work and service for the poor in the article that was published in The Weekend Leader in January this year.)

Arputham was chosen as ‘The Weekend Leader – VIT Person of the Year’ 2015 by a distinguished three-member panel that met at VIT University, Vellore, earlier this week to pick the winner from a list of five nominees proposed by The Weekend Leader’s editorial team.

When informed about the choice, Jockin thanked The Weekend Leader for choosing him for the Award and revealed that he does not own a house in his name, "has no bank account, no property, no credit card, nothing.

“I want to remain a slum dweller and leave (this world) as a slum dweller,” said the man, who said he had travelled “like mad” to different cities across the globe fighting for the rights of the urban poor.


In the past, he has donated the entire prize money of awards he had won, including the $1.25 million for the Skoll Award for Social Entrepreneurship, to SDI.

Since 2010, every year The Weekend Leader has picked one of the unsung heroes, social entrepreneurs, or change makers profiled in the magazine as its ‘Person of the Year’. VIT University has been associated with this initiative since 2011.

The Award is now called ‘The Weekend Leader – VIT Person of the Year’ and comes with a cash prize of Rs.25,000 (Twenty Five Thousand only), a trophy and citation.

The nominees for the Award this year were, Ayyappa Masagi, Imran Khan, Jockin Arputham, Sheikh Lalchand, and Urmi Basu.

The Award function will be held in March 2016 at VIT, Vellore.


About the Panel Members

V Raja Seenivasan is founder and managing director of VRS Leathers Pvt. Ltd, Chennai, and an active Rotarian, who had served as Governor of Rotary International District 3230 during 2012-2013. During his governorship he had launched an initiative called ‘Happy Village’ through which all the 115 clubs in the district adopted one village each and worked for their development. An amount of Rs.17.5 Crore was spent on the project to touch the lives of one lakh people. He is currently the Zonal Literacy Coordinator (2013-16) for the Rotary India Literacy Mission. His wife, Jayanthi, is also an active Rotarian and is presently the President of Rotary Eclub of Chennai.

Hartosh Singh Bal is political editor of the monthly magazine The Caravan and has worked for The Indian Express, Tehelka and Open. He is author of ‘Water Close Over Us: A journey along the Narmada’ and co-author of ‘A Certain Ambiguity: A Mathematical Novel’. He has trained as an engineer and a mathematician.

Dr. A Balachandran is general manager, VIT-Technology Business Incubator (VIT-TBI). He has more than 25 years of techno-commercial experience and is in-charge of VIT-TBI from its inception in 2003. He has mentored a number of startups and innovators and was a governing body member of Indian Science Parks and Business Incubator from 2009 to 2014. He is associated with Entrepreneurship Development Institute, Ahmedabad, as a resource person for their international training program on Business Incubation. – TWL Bureau