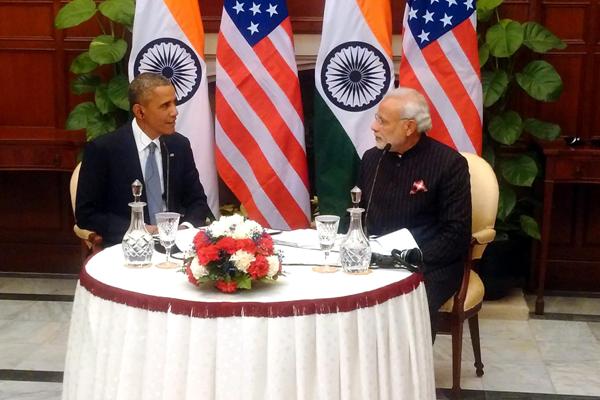 Even before the euphoria of the 25 January ‘breakthrough’ that would enable commercialisation of the Indo-US civilian nuclear deal subsided, RK Laxman, creator of the ‘common man’ died on 26 January.

The coincidence is not lost on the people of Mithi Virdi in Gujarat’s Bhavnagar district where Westinghouse Electric Corporation plans to install six AP 1,000 MW untested reactors. Construction of AP reactors in China, according to recent reports, has already run into trouble.

Economic Simplified Boiling Water Reactor from General Electric, selected for the Kovvada nuclear power plant in Andhra Pradesh, is so immature in design that it received certification from the US Nuclear Regulatory Commission, the first step before a reactor can be constructed, only last September.

The weakness of GE’s inadequate design to prevent spread of radioactivity when the cooling system failed was exposed in the Fukushima nuclear disaster of 2011. By capitulating to unyielding demand of the USA to indemnify its nuclear suppliers, Prime Minister Narendra Modi has sacrificed the interest and the welfare of the common people of India.

India’s Civil Liability for Nuclear Damage Act, 2010, is heavily biased towards the nuclear industry. It caps the total liability of a reactor costing about Rs. 60,000 crore at Rs. 1,500 crore and takes away the rights of victims to sue the supplier in the event of an accident.

Even this relatively small liability was not acceptable to Westinghouse and General Electric, the two American vendors wanting to sell their untested reactors to India. According to the compromise reached, India would take an insurance cover of Rs. 1,500 crore out of which 50 per cent would be government contribution and 50 per cent from a pool of public sector insurance companies. This would mean the victims compensating themselves and the suppliers escaping liabilities as it happened in the Bhopal gas tragedy.

The Fukushima nuclear disaster, according to a study released by researchers from Osaka University, would cost the Japanese tax payers $ 105 billion. Japan’s Center for Economic Research estimates the cost of cleaning up Fukushima of radioactivity at $ 200 billion.

This amount does not include the cost of decommissioning of the reactors or disposal of spent fuel and contaminated nuclear materials. The researchers point out that these costs would also be passed on to tax payers and electricity consumers through increased tariffs.

In the 1986 Chernobyl disaster, in which more than half a million people perished, the Soviet Union spent $ 18 million on containment and decontamination, virtually bankrupting the nation, according to Mikhail Gorbachev. News reports at that time claimed that people from a radius of 30 km from the nuclear power plant numbering about 350,000 were evacuated and forbidden from re-entry to this date. The total cost over the last 30 years is estimated at $ 235 billion.

To clinch this backroom breakthrough to circumvent supplier’s liability on the eve of the Republic Day, US President Barack Obama used his executive discretion to exempt supplies to India from American inspection meant to ensure non-proliferation goals.

Modi, in turn, committed the Indian tax payers through a publicly funded insurance pool to indemnify suppliers and cover the liability under Sections 17(b) and 46 of the Civil Liability for Nuclear Damage (CLND) Act through a command legal opinion offered by the Attorney-General of India.

Section 46 of the Liability legislation explicitly states that “provisions of this Act shall be in addition to, and not in derogation of any other law for the time being in force.” The Act provides for a mechanism for early payment of compensation to the victims of an accident or incident via a quasi-judicial body specially created by the Act to avoid any lengthy and expensive litigation.

The compensation is to be paid upfront by the operator, in this case the Nuclear Power Corporation of India Limited, who in turn, may claim it back from the supplier under Section 17 provided the responsibility of the incident can be pinned on the supplier.

The “right of recourse” provided in Section 17 is unique in the global context. It does not exist anywhere else in the world. In addition, Section 5 (ii) provides that “any compensation liable to be paid by an operator for a nuclear damage shall not have the effect of reducing the amount of his liability in respect of any other claim for damage under any other law for the time being in force.”

The victims of nuclear incidents are thus entitled to file tort suits for unlimited damages and even launch criminal proceedings against the operator as well as suppliers. How Modi reached an understanding with Obama to circumvent Section 46 without amending the CLND Act remains a mystery. It is legally fraught.

Making the polluter pay is not the only objective of the CLND Act. It is expected to make the supplier far more quality conscious than otherwise. Given the potentially catastrophic nature of nuclear power plant, this is a welcome provision.

Had the Koodankulam nuclear power plant also been brought under the CLND Act, its first 1,000 MW unit which attained criticality in July 2013 would not be limping and tumbling today with no sign of any sustained commercial production of electricity due to substandard plant and machinery supplied by Russia’s Rosatom. With solar and wind energy having become more cost-effective than nuclear power, the prospects of India getting American reactors is unlikely to gain momentum.

It is premature to celebrate the understanding reached between Modi and Obama to circumvent India’s liability law to protect American reactor suppliers. Modi will have to face Parliament to clear the Land Acquisition Ordinance to acquire land for the American reactors.

Thirty-thousand Mithi Virdi villagers whose lands the Nuclear Power Corporation of India Limited wants to acquire to install six AP 1,000 Westinghouse reactors, have passed a resolution declaring the entire region as a nuclear free zone and have petitioned Modi and Obama to drop the project.

But Article 104 of the Hyde Act mandates that the President shall submit to the Congress an analysis of whether American cooperation is in any way assisting India’s nuclear weapons programme.

The President is also required to submit to Congressional committee any changes in India’s nuclear activities, including production of weapons and amount of fissile material produced. It is going to be a tall order without the flag and track clause. All things considered, the much touted ‘breakthrough’ holds no tangible benefits for India.