7 ideas for pro-Eelam groups to ponder on 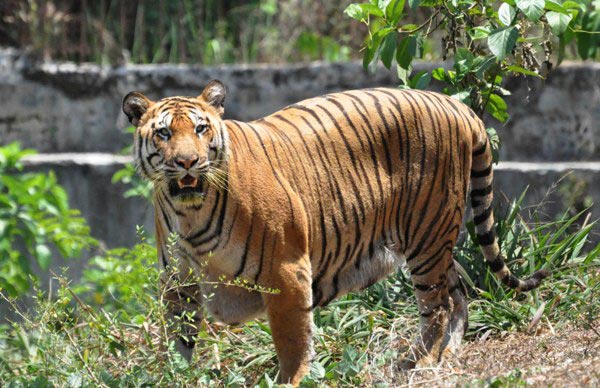 Round 1 has gone to Sri Lankan President Mahinda Rajapaksa in the fight for justice for Eelam Tamils, as fresh battle lines were drawn after Narendra Modi came to power in India. Pro-Eelam groups have not been able to convince New Delhi to give up its pro-Colombo policy and look with favor on the Tamils of Sri Lanka, who have been fighting for a separate nation.

But of course the battle for justice continues, and it would, till Eelam is formed.

Here are 7 ideas for pro-Eelam groups to ponder on while taking their struggle forward:

It is important to be sure of one’s destination for preparing a good roadmap. Where are the pro-Eelam groups headed, or in other words, what is their objective? The answer lies in the question itself. They want to create Eelam.

So what is priority number 1 to achieve Eelam? In my view, it is to fix President Rajapaksa for genocide, war crimes, and crimes against humanity. Once this is done, it makes the demand for Eelam legitimate in the eyes of the international community.

Isn’t it logical that one has to stay focused on the path to reach one’s destination faster? Distractions will always be there, but the trick is to not deviate and stick to one’s route.

As it is, there are very few in India who believe in the cause of Eelam. The media, world powers, and even the Indian government, have little sympathy for this cause.

In this scenario, shouldn’t the pro-Eelam groups, faced with severe resource crunches, be focusing on the cause at hand, rather than getting distracted by Kashmir, Middle East, and Gaza? Remember there are many to fight for the other causes, only few to fight for Eelam.

It is better to shed heavy baggage of the past and travel light. While India’s role in the Eelam War can never be denied, it does not mean that pro-Eelam groups should never engage with New Delhi. India of 2014 is not India of 2009.

It can be argued that New Delhi’s Sri Lanka policy has not changed with the new government. But one has to work for the change.

There has to be a struggle in New Delhi to influence the present government to change its policy. Unlike the previous government, there is none in the Modi government who has a personal agenda to wreak vengeance against the Tamils.

It is easy to work out of one’s comfort zones. But organizing demonstrations and protests in Chennai alone serve little purpose. The need of the hour is to win supporters for the Eelam cause from outside Tamil Nadu. How about travelling to cities like Mumbai, Delhi, Bangalore and Hyderabad and finding new supporters for the cause?

5. Grow Out of Victim Mindset

While it is true that the Tamils were subjected to genocide, it is important to grow out of the victim and loser mindset. Identifying with persecuted groups around the world might be noble, but it should not hinder one from working with Nation States. It is time to shed one’s inhibitions and show greater resolve and interest in working with the big powers.

“That group is on the payrolls of Indian intelligence agencies.” This is just one of the allegations that pro-Eelam groups hurl against one another.

To my knowledge, there is little to doubt about the motives and intentions of the frontline pro-Eelam groups in Tamil Nadu.

Leaders may have weaknesses. No one is perfect. Try to play down the mistakes and weaknesses of the other and focus on their positive attributes. Look at the larger goal and stay motivated.

There is a clear lack of coordination among the various pro-Eelam groups. Each one comes up with new causes to fight for every other day. There is reluctance to work from behind the scenes, silently, and away from Facebook.

When the groups work in cohesion based on a common minimum program and with the realization that they can’t achieve the larger cause without the other, things would turn around.