It's no Commonwealth! It's wealth for the Rajapaksas 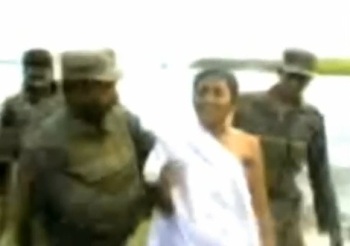 I now stand corrected. CHOGM is not a farce. Hosting this event is an opportunity for the host country to make a lot of money. That is why Sri Lanka lobbied so hard in 2009 at CHOGM in Trinidad and Tobago to host the 2013 meeting.

What goes on in the main meeting might well be a farce, but the forums that accompany CHOGM, the Commonwealth Business Forum (CBF) in particular, is anything but a farce.

CBF is a gathering of businessmen from developed and emerging markets that aim to promote trade and investment. It is a business meeting, which has nothing to do with “Commonwealth core values”.

It presents a tremendous opportunity for the ‘host nation’ to look at new partnerships and business opportunities – to hell with human rights, democracy or the rule of law.

Typically at every CBF the host country benefits most. At the last CBF (during CHOGM in Perth, Australia, 2011), some $10 billion in deals were sealed for Australia. For Sri Lanka, a $2 billion ‘business opportunity’ is projected for the November 2013 meeting.

Since 1997, CHOGM has an ‘official theme’ set by the host country on which the primary discussions are focussed. Sri Lanka’s choice was predictable.

With the ‘need’ to maintain a massive Army of some 230,000 soldiers (up from 180,000 during the ‘war’ to 230,00 in ‘peace time’, and a call to increase this to 300,000), mega-corruption, fraud, extensive bribery, financial mismanagement and stealing all the way to the top, the country is desperately in need of money.

The budget deficit of US $ 4.2 Bn (revenue US$10.2 Bn, expenditure $ 14.5 Bn) is financed from domestic and foreign borrowings especially from the IMF, putting the country deeper and deeper into debt.

The IMF, with its usual conditions of restricting social welfare and essential services which must be met, is creating massive problems for those at the bottom of the economic ladder, even higher up, which are resulting in intolerable living conditions, especially the upward spiralling of the cost of living. This is resulting in increasing unrest. A revolt in the Sinhalese South is likely.

As such, the most urgent need for President Mahinda Rajapaksa’s government is money, not advice on human rights. The predictable choice of the ‘official theme’ of the up-coming CHOGM is: “Partnering for Wealth Creation and Social Development”.

Simply put, CHOGM is the much-needed opportunity to keep the ruling Rajapaksa junta in power and prevent an almost certain uprising of the majority Sinhalese at the escalating cost of living and grinding poverty.

This is already happening, and is being crushed by the Army – hence the ‘need’ for a 230,000 strong Army.

Those who think that CHOGM will afford an opportunity to hold the Sri Lankan government accountable for the well-documented serious violation of human rights and crimes against humanity that have occurred after Rajapaksa came into power (November 2005) and is continuing today, more than 4 years after the genocidal massacre of the Tamil people in the North and East, have no idea of realpolitick.

People who think that some country, any country, will ask the hard questions on the violation of human rights, the dismantling of democracy and the separation of powers, strangling the media, interfering with judicial independence and rule of Law, and demand a response from the Sri Lankan government, do not know how these tea-clubs function.

For example, will some country ask Sri Lanka why it is necessary to have such a large Army (as President Rajapaksa was asked in the recent disastrous AlJazeera TV interview), and why Amnesty International (AI), Human Rights Watch (HRW) and International Crisis Group (ICG) are barred from entering the country, let alone the Tamil North and East? It will not happen. If it does, the answer from Sri Lanka will be a downright lie.

The answer will be that that the Tamil people have been ‘successfully rehabilitated’ and there are now only happy smiling (Tamil) faces in the former conflict area in the North and East.

Will the follow-up question, “Can AI, HRW and ICG check that out?” be asked? No, it will not be asked because that will rock the boat which is ‘not good for business’. That is how realpolitik operates.

Fiji is the only country in the 52 nation Commonwealth to remain suspended. No action has been taken against Sri Lanka, the country with the worst human rights record in the Commonwealth, and far worse than what Fiji did which was relatively minor in comparison to the extensive violation of the Commonwealth ‘core values’ by Sri Lanka. The double standards, one for Fiji, and an entirely different one for Sri Lanka, is downright hypocrisy.

Other Articles By Brian Senewiratne

A Sinhalese details the plight of Tamils in Sri Lanka, slamming the government