Forgotten heroes of the Eelam war 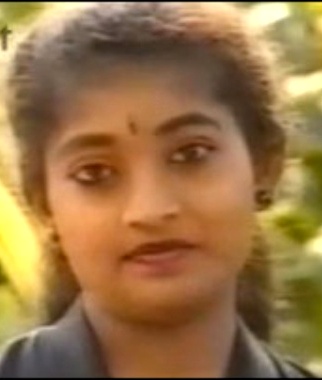 The last period of the war in Sri Lanka has often been dubbed as a ‘war without witnesses’ by western governments, media and other stakeholders, including the Sri Lankan government.

The phrase has become an essential and ubiquitous part of the post-war discourse on what happened in 2009 in the towns, fields, lagoons and beaches of the diminishing LTTE ruled de-facto state in the Vanni Region in Northern Sri Lanka.

With this year’s Commonwealth Heads of Government Meeting in Colombo, Sri Lanka, only few days away, it is an appropriate moment to revisit the role of journalists during Sri Lanka’s last months of war in 2009.

While Western, Indian and Sri Lankan media were hesitant to engage in live reporting, thus effectively designing the notion of a war without information, images and voice bites, the area was in reality far from being subject to a complete media blackout.

In spite of the government’s attempts to evict foreign journalists and humanitarian aid workers prior to commencing its no-prisoners-war, a network of news reporters continued to work in the area.

They were Tamil reporters of local and transnational news outlets who helped maintain a persistent flow of information and images that exited the besieged area and reached a diasporic audience via traditional and new media.

Tamil reporters served to produce some of the most notorious images coming from the war, depicting massacres, and executions. They connected the Tamil diasporas outside of Sri Lanka and outside of the traditional majority Tamil areas of Sri Lanka with the Tamil population torn by bombs, artillery fire, and hunger in the war area.

Their images and reports were broadcast 24/7 on diasporic TV, radio, and websites while only few mainstream western broadcasters dared to use them to visualize their coverage on the massacres in the Vanni.

In 2009 their work was still dismissed by the CNNs, Al Jazeeras and BBCs of the world as “unauthenticated”, “biased”, “doctored” or “propaganda”. Years later, though, their work has become ‘mainstream’ enough to be aired by the very same institutions.

When remembering the war and advocating justice for Tamil war victims, the images by Tamil journalists are now prominently used and displayed to produce retrospective reports and documentaries on the atrocities of those long months.

However, there has hardly been a discussion about the fate of the very reporters who produced these images. The question on what happened to these courageous journalists who remained in the war zone during the last stages of the war while Western reporters remained absent is still unanswered.

Their contribution to reporting the war in the Vanni was incredibly significant. They humanized the inhumanity that had struck the Tamil population of the war region and gave the faces, stories, and voices of the deceased, who were otherwise just counted in numbers.

By taking videos, photos, and continuing to count the dead, and injured, while running from bomb and artillery fire, they provided us a picture of the unimaginable scope of the individual and collective tragedies inflicted upon the people of the Vanni region.

The information they provided was thus a direct threat to the Sri Lankan war machinery, which hoped there would be no image, and no story to be reported on the violence unleashed on the Tamil people.

Today no one holds a clear picture as to what happened to these Tamil journalists who remained in the war area until the very last days.

Organisations such as Tamils Against Genocide and Journalists for Democracy in Sri Lanka continue to collect details of the missing or murdered journalists and seek the truth behind their stories.

Some of the journalists we know to have been killed or gone missing in the war region in 2009 are P. Sathyamurthy, S. Mathan, M. Maheswaran, Anton,R. Densey J. Susithara, M. Anthoneykumar, T. Tharshan, I. Priya Thirukulasingham Thavabalan V. Susiparan, K. Suvendiran, T. Thavapaalan, Christpher Payas, H. Vijayakumar, B. Sivakumaran and Punniyamurtu. These are just few of the cases we have documented, but even more Tamil journalists are still unaccounted for.

The “war without witnesses” was indeed a war with plenty of witnesses, with local Tamil journalists engaging in new ways of reporting atrocities. These alternative means of reporting war were later popularized by the pro-revolutionary forces via citizen journalism in the Middle East and North Africa.

The “war without witness” mantra is essentially used to marginalize Tamil narrations of war by reinforcing the notion that only white and non-local interpretations of war can be regarded as objective, substantive and truthful. Local journalists’ contributions to truth seeking became the backdrop of the story told by others, often western journalists and academics.

In Sri Lanka it is Tamil journalists who have paid the heaviest price in reporting the atrocities of the Sri Lankan state. But they have been forgotten.

This doesn’t come as a surprise. Reporting truth in Sri Lanka has in fact always been an ethnically uneven business, particularly since the current regime came to power in 2004.

In our forthcoming report, “Silencing the Press: An analysis of Violence against the Media in Sri Lanka”, we assess the risk of extreme violence on media workers in Sri Lanka from 2004 to the present, by analysing the available data on who is being targeted, when, and where.

In face of this year’s controversial Commonwealth Heads of Government Meeting in Colombo, it remains important for us to emphasise the role, sacrifice and memory of the many Tamil journalists who have died or gone missing.

London based Sinthujan Varatharajah is a member of Tamils Against Genocide (TAG), an international non-profit, non governmental human rights organization devoted to advocacy, research and litigation against genocide and its accompanying human rights violations.