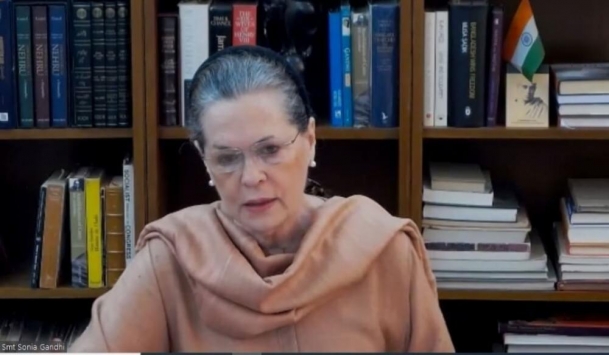 Congress interim chief Sonia Gandhi on Thursday condoled the death of former Central Bureau of Investigation (CBI) chief Ashwani Kumar and said that he was an outstanding officer with the highest standards both professionally and personally.

In her condolence message to the wife of Kumar, Sonia Gandhi said, "I was shocked and grieved at the tragic death of your husband. He was an outstanding officer with the highest standards both professionally and personally."

The Congress leader said that Kumar took his responsibilities and duties, both of his job and his family, with utmost seriousness, and was ready to make any sacrifice to uphold these.

"He lived his life with honour. Words are of little consolation at this time of grief, but I wanted to tell you that I share the pain," she said.

She added, "May you and your son and your daughter-in-law find the strength to bear your cruel loss. Your husband has been released from his suffering and is at peace, and you must take solace from that," Sonia Gandhi said, adding that Kumar was an excellent officer in every post he held, and he was widely admired and respected.

Kumar was found dead at his residence on Wednesday evening in Shimla.

He served as DGP for the state between 2006 and 2008 before being appointed director of the CBI for two years.

He also served as Governor of Nagaland from 2013 to 2014. During this period, he was briefly also the Governor of Manipur. - IANS