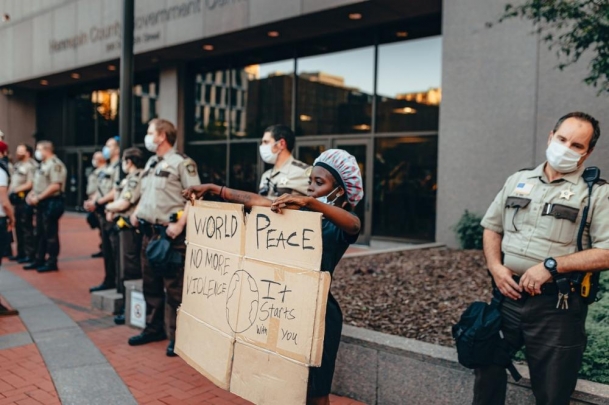 The controversial chokehold method for restraining suspects is set to be banned in California after Governor Gavin Newsom signed policing bills, which will also allow independent probes into police shootings.

The five bills introduced by Democrat state Assembly members were signed by the Governor on Wednesday.

According to a Politico news reported, the bill introduced by state Assembly member Kevin McCarty, which will establish an investigative unit within the Department of Justice to handle probes of officer-involved shootings and lethal force when requested by local law enforcement agencies or district attorneys, Politico news reported.

The second by Mike Gipson prohibits police officers from using carotid restraints or chokeholds, techniques that have been criticised since the May 25 death of African-American man George Floyd.

Floyd died after a white police officer knelt on his neck for almost nine minutes.

McCarty introduced another bill that will give county officials more oversight of sheriff's departments and grant them more authority to collect records from a department in the course of an investigation.

While the fourth bill requires law enforcement agencies to evaluate prospective officers for any potential biases related to race, religion, gender or other attributes protected from discrimination, the fifth will establish a system for decertifying peace officers who have committed serious offences or abuses on the job, the Politico news report said.