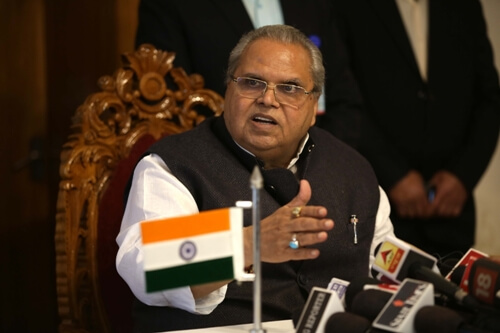 In wake of the collapse of the tourism industry due to the Covid-19 pandemic, it was imperative to ressurect the mining sector at the earliest, he said.

"Pursuant to the apex court order, dated February 7, 2018, the mining in the state came to a halt, which caused around Rs 2,000 crore loss of revenue. More than 1.5 lakh people, who were directly or indirectly dependent on mining, lost their source of livelihood," Malik said in a letter to Shah.

The Covid-19 outbreak had severely dented the other mainstay of Goan economy -- tourism industry -- bringing the state economy to a near collapse, he wrote urging Shah's intervention.

The mining issue has been hanging fire since the apex court banned extraction and transport of iron ore from 88 mining leases in February 2018, but also directed the state government to reissue leases.

The is the second time is less than a decade that mining in the state has come to a standstill.

The central government, last year, had formed a Group of Ministers under Shah to resolve the mining deadlock, but it has failed to make much headway as far as resumption of the industry is concerned.

Chief Minister Pramod Sawant also said last week he was in touch with the BJP central leadership as well as the Prime Minister's Office to revive mining in the state. IANS