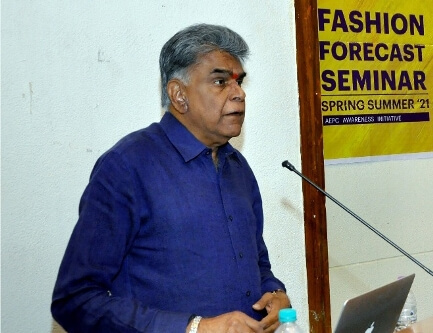 The Apparel Export Promotion Council (AEPC) on Friday requested the Reserve Bank of India to protect the exporters from penalty on forward covers due to exchange rate fluctuations.

In a letter to the RBI, AEPC Chairman, A. Sakthivel said the exporters are concerned about the sharp fluctuations in the currency in the last few weeks and the resultant penalty that banks are charging on account of cancellations and exchange rate differential charges for the period for which the forward cover was booked.

"It is requested that the charges for exchange rate fluctuations and cancellations are waived for the period for which export orders have been cancelled due to Covid-19," he requested the RBI.

"The charges presently accruable on account of such forward-cover cancellations by exporters is significant and can be a big loss to the sector which is already facing a cash crunch," he said.

Sakthivel noted that the apparel exporters are facing large number of export order cancellations even as recurring expenditure including payment of wages continue.

Informing that the industry body has requested Commerce Minister Piyush Goyal for extending the Interest Subvention Scheme, he urged the RBI Governor to take up the matter with the government for the announcement of 5 per cent interest subvention, across the board, for the entire apparel export industry.

He further appealed for extension of packing credit period for existing loans by six months and an increase in working capital limits by minimum 25 per cent without any additional collateral for the apparel export Industry.

Sakthivel thanked the RBI Governor for the host of measures the central bank took on Friday to revive the economy.

"These would definitely help the industry in mitigating the present huge crisis," he said. IANS