Hydrogen fuel cell cars to rule the roost in future 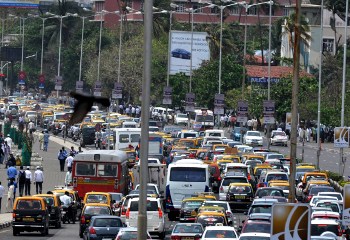 They may be exorbitantly expensive at the moment, but cars powered by hydrogen fuel cells have the potential to challenge the dominance of petrol and diesel cars in the near future, said a researcher from Loughborough University in Britain.

"They have significant advantages over traditional cars," said Michael Whiteley, who is three years into a four-year project on hydrogen fuel cell technology.

In these cars, the fuel tank is filled with hydrogen instead of petrol or diesel and the fuel cell converts this to electricity, which powers the car.

South Korea's Hyundai has become the first manufacturer to release a mass-produced fuel cell car, the ix35 FCEV (Fuel Cell Electric Vehicle), which has just gone on sale and Toyota will be coming out with their version next year.

Hydrogen fuel cell cars have all the advantages of cars powered by batteries and an internal combustion engine, but none of the disadvantages, Michael said.

"I think they are bound to take off. There is a lot of money being invested in this area," he added.

As hydrogen-powered cars tend to be rather expensive at present, much of the research work is aimed at cost reduction.

Michael, a student in Loughborough's department of aeronautical and automotive engineering said hydrogen fuel cells do not currently power sports cars, because of the size of the fuel cell stack needed, but it is fine for an average family car at the moment.

However, as technology develops, power density will increase and supercar-paced fuel cell vehicles could be possible in the coming years, he concluded. - IANS