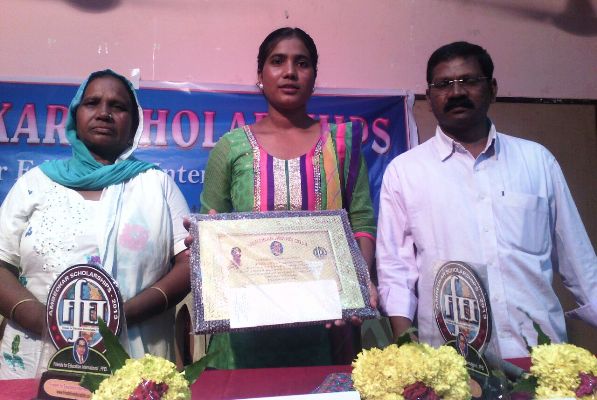 Manisha Devi, a 28-year-old Dalit activist from Haryana, has received the Ambedkar Award 2014, which comes with a cash prize of Rs.50, 000 and a memento.

Manisha is the state coordinator of the Haryana All India Dalit Mahila Adhikar Manch (AIDMAM) of the National Campaign on Dalit Human Rights (NCDHR).

“She is an extremely determined, hard working, and courageous woman. Manisha has been an inspiration to several of us involved in defending the rights and strengthening the position of Dalit women in India, and this award recognizes our struggles,” said AIDMAM general secretary Asha Kowtal.

Manisha has been organizing Dalit women in her village to speak up for themselves and works with victims of sexual violence in the Dalit community.

She is also pursuing her degree in law. – TWL Bureau