Friends of Positive of Journalism to meet in Chennai 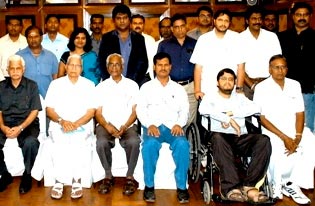 The Weekend Leader’s Friends of Positive Journalism (FPJ) will meet on April 20 at Chennai and install the office bearers for 2013-14.

The Chairman, FPJ (2013-14), Saravanaraja will address the gathering later and spell out his plans for the year.