Modi sarkar: Not an impressive start 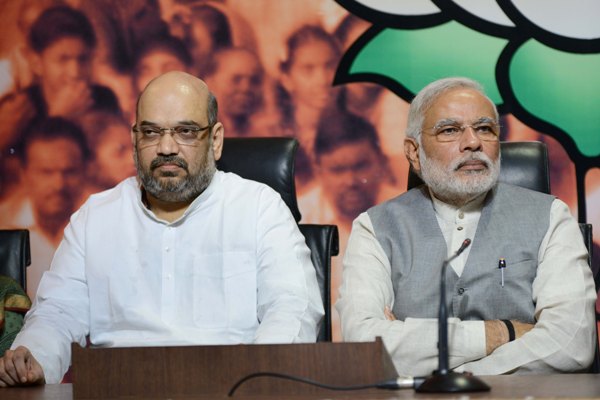 It was the best of times for the BJP when Narendra Modi assumed office as Prime Minister on 26 May with enormous goodwill of the people. His first act of appointing an ineligible official who has been indicted by the Supreme Court as his Principal Secretary, that too through an ordinance, something unheard of in the annals of Indian bureaucracy, has lowered the image of his government at the outset.

And it has become the worst of times to uphold the neutrality and impartiality of the regulatory organisations in future. Nripendra Misra was the chairman of the Telecom Regulatory Authority of India (TRAI) from 2006 to 2009. It was during this period the Rs. 1.76 crore notional loss 2G spectrum scam took place. TRAI had recommended that 2G spectrum should not be auctioned.

The Supreme Court found no merit in this recommendation. While dismissing the 122 licences issued for the allocation of 2G spectrum on a first-come-first-served basis on 2 February, 2012, the court said:

“The entire approach adopted by TRAI was lopsided and contrary to the decision taken by the Council of Ministers and its recommendations became a handle for the then Minister of Communications and Information Technology and the officers of the DoT who virtually gifted away the important national asset at throw away prices by willfully ignoring the concerns raised from various quarters, including the Prime Minister, Finance Ministry and also some of its own officers.”

If the method of auction had been adopted for grant of licence which could be the only rational transparent method of distributing national wealth, the country would have been enriched by many thousand crore of rupees, the court observed.

The TRAI Act of 1997 was amended by the previous BJP government of Vajpayee to add strength to the impartiality and neutrality of the Telecom regulator by making it abundantly clear that its chairmen and members will not be eligible for holding any government post in future. It is a sound law and there is no need to tamper with it.

The Bill to replace the ordinance introduced in Parliament, if passed, will seriously undermine the impartiality and neutrality of regulators in the country. While it cannot be denied that TRAI is an expert body assigned with important functions under the 1997 Act, it is not supposed to make recommendations overlooking the basic constitutional postulates and established principles and make recommendations which would bar people from participating in the distribution of national wealth and benefits just a handful of people.

Venkaiah Naidu, Minister for Parliamentary Affairs, may take credit for his skillful floor management in persuading parties like the Trinamool Congress to make a ‘u’ turn on the TRAI Amendment Bill but it certainly has not enhanced parliamentary democracy in the country. Passing an Act of Parliament to remove the disqualification of an individual officer, howsoever efficient he may be, is the sign of a banana republic.