The track has been an integral part of Sneha Jain’s life for decades now. As one of Rajasthan’s best female athletes, she has worked hard to build a successful sporting career.

From representing her state nationally in 100 metre sprint, long jump and triple jump competitions to setting national and Asian track and field records to winning 149 gold medals in Masters’ tournaments, this 40-something mother of two has done it all.


But here’s an interesting fact – she became a sporting sensation after her marriage. Unlike many Indian sportswomen for whom nuptials essentially mark the beginning of the end of their career, Jain has blazed her own trail of gold glory with the support of one woman – her mother-in-law.

Recently, when Jain couldn’t make it to Sri Lanka to participate in the International Masters Athletics meet to make a bid for achieving a landmark personal medal tally of 150 golds because an uncle suffered a massive cardiac arrest, it was a déjà vu moment for her.

A decade ago, in 1996, she had missed the opportunity to become part of the national athletics squad as she had to rush back home from the national sports camp at Bengaluru after her mother, who was suffering from uterine cancer, passed away suddenly.

When this tragedy struck her young life Jain had established herself as a foremost female sportsperson in her state and had, in fact, been a regular at the nationals since 1989. She was ready to distinguish herself in the big league but fate had something else in store for her.

Jain had already given up on education having dropped out of college after the first year. She had more pressing obligations at home, taking care of her mother and younger brother besides travelling to Mumbai off and on as her mother was being treated there.

There was simply no time to go to class. Then she lost her mother and her sporting career also came to a near standstill. Between 1996 and 2000, she wasn’t able to do anything concrete to further her dream of representing the country.

It almost seemed like the end of her career – and then she got married. “My elder sister, Lata, decided that I should get married so that I can move on from the loss of my mother and start life afresh.

“It did turn out to be a wise thing to do because it was my mother-in-law who motivated me to revive my career. Unlike most mothers-in-law, mine offered to lend me a helping hand in the household chores if I agreed to return to the track! Could I ask for more,” shares Jain, who began practicing regularly once again and even managed to get into the nationals in the very next year –and in the subsequent years thereafter.

“However, I didn’t win any medals because my body needed some more time to return to form,” she elaborates. Of course, by the time she regained full fitness she had turned 35 and became ineligible for professional sporting events.

“I hadn’t heard about the Masters competitions back then. I was quite disappointed that in my second stint I was unable to hit my earlier performance levels,” she says.

It was in 2007 that she came to know about the Masters tournament. “I took part in my first Masters National Games, which was held in Jaipur, where I created a national record in long jump,” she says, adding that this record remains unbeaten.

Back in form and full of confidence, Jain restarted her hunt for medals. During the 15 years of marriage, she has won 146 gold medals and holds a national and an Asian record in her name.

In most traditional Indian families, it’s not all that easy for daughters-in-law to continue to pursue their passions – especially if they are related to sports.


Yet, Jain is conscious of the fact that she has been fortunate because the elders in her marital home not only supported her career but also pushed her to become the best and win laurels.

“My husband accompanied me when I participated in my first Nationals post marriage in Hyderabad. Once my daughter was born, in 2002, I took her along with me everywhere,” she says, adding, “I’m out of town for nearly three to four months in a year participating in some competition or the other but the family has never complained.”

In fact, Jain has inspired her two children – daughter Aarchie and son, Vansh – to follow in her footsteps and get an early start. Whereas Vansh, 10, is doing well on the track in school, Aarchie, who is in Class Nine, has already been part of two under-14 national events held in Ranchi, Jharkhand, and Hardwar, Uttarakhand, respectively.

“She’s been practicing with me for the last two years. I’m her coach. I want her to continue my legacy. She participated in the 100 metres sprint and 100 metres hurdles competitions,” says the proud mother. Aarchie joins her mother at the Barkatullah Stadium, two kilometres from their home, every evening at four to put in a three-hour practice session. By the time Jain is back after this gruelling routine, her mother-in-law has already done the preparations for dinner so she has “to just cook”.

Apart from her two children, no one in the family is into sports. Her sisters-in-law’s children are studying to be chartered accountants or company secretaries. Her husband is into transport business and her brothers have their own businesses as well.

Jain got a job in the Post and Telegraph Department in 1993, when she was in the first year of graduation, under the sports quota and has been representing the Department ever since. She’s currently posted at Jodhpur’s head post office located on Station Road where she shows up in tracksuit because she has to head to the stadium directly after office.

“As a sportsperson who has won medals, I get two hours off in duty. My office hours are from 10 am to 4 pm,” she informs. Apart from that Jain is on the executive body of the Masters Athletics Federation of India and is involved in organising national events.

Today, she is gearing up to fulfil a long cherished dream: in May, Jain will head to Singapore to participate in the Asian Masters championship in the hope that she will finally be able to achieve the 150 medal mark. - Women's Feature Service

Sick of MNC culture, a textile engineer returns to his roots to help the people 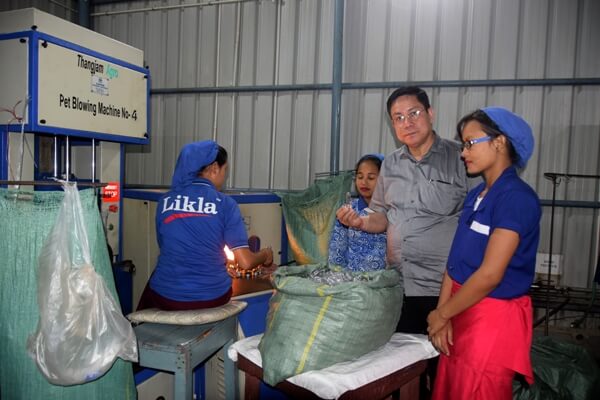 Coming up with unique five-step technique to bust the six word killer, ‘stress’, Revathi Turaga guides you towards a path of happiness and helps discover ways to beat worry 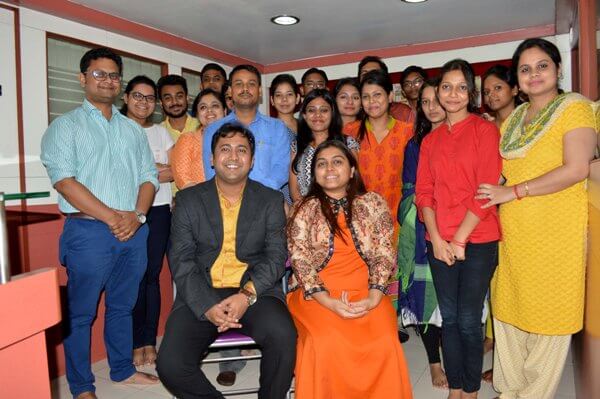 In 2012, when the 25-year-old, who was earning Rs 70,000 per month, decided to quit his job to start his own business, his family was worried. Today, his bootstrap started with Rs 1 lakh is set to achieve Rs 10 crore turnover, says G Singh

Wondered who ditched you on Facebook? Find out, now. FB has launched a new feature that will allow users to know who does not like them and has thus removed them from their friend list

Irom Sharmila has become an icon for civil rights activists as she has been on a fast in Manipur for over 12 years now. Is it time she changes the mode of protest? Ninglun Hanghal checks out