Why Amaravati may not be People's Capital after all 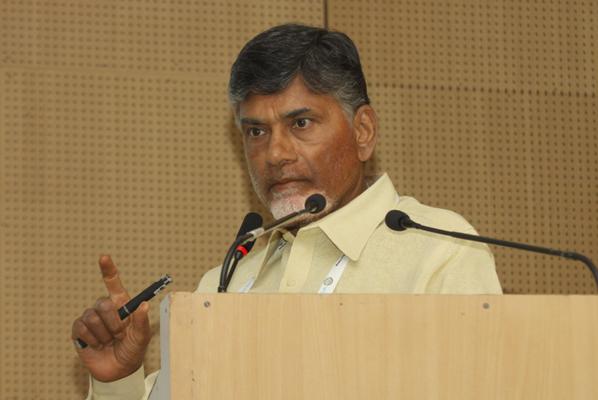 In the era of the Satavahanas who ruled Andhra Desa from 225 BC to 225 AD, considered the golden age of Andhras, the kings wielded absolute authority.

Chandrababu Naidu, Chief Minister of Andhra Pradesh, styles himself after the Satavahana kings and wants to rule from Amaravati, not the ancient city known for its Buddhist culture and learning, but an imitation Singapore on the banks of the Krishna in Guntur district. Buddha extinguished his personality in search of enlightenment. Naidu wants to build a Singapore in Andhra Desa to perpetuate vain glory.

The present State of Andhra Pradesh came into existence on 1 March 2014 in accordance with the Andhra Pradesh Reorganisation Act, 2014, passed by Parliament and given assent by the President.

Section 6 of the Act says the Union government shall constitute an expert committee to select a capital for the new State. The committee was appointed on 28 March 2014. Its terms of reference include least dislocation of existing agriculture systems and minimum resettlement of people and their habitations and assessment of vulnerability from natural disasters like floods, cyclones and earthquakes.

The cost of construction and land acquisition was to be kept to the minimum. Disregarding the Act of Parliament and terms of reference stipulated by the Union government, Chandrababu Naidu, on 30 December 2014, got the Andhra Pradesh Capital Region Development Act, 2014, passed but could not obtain President’s assent, and selected Vijayawada-Guntur-Tenali-Mangaleri (VGTM) as capital region, an area found unsuitable by the GoI appointed Expert Committee in its report submitted on 27 August 2014.

The committee was opposed to a green-field capital city at this stage and suggested if the AP government wanted to pursue that option, it should search for locations where large parcels of government land may be available. Chandrababu Naidu is in a hurry to have the ground breaking ceremony of the new capital in VGTM region on 6 June presided over by Prime Minister Narendra Modi.

A consummate politician, Naidu had gifted a Rajya Sabha seat to Nirmala Sitharaman, an eminently suitable candidate though she is a leader of the BJP, and made her husband an adviser to his Telegu Desam Party government with Cabinet rank, putting Modi under an obligation to pamper Andhra. Modi government’s Finance ministry on 30 March approved Rs. 1,500 crore to AP’s dream capital project without ensuring it met the terms of reference issued under Section 6 of the Reorganisation Act passed by Parliament.

Master plan for Amaravati, described as “People’s Capital of Andhra Pradesh,” extending over 217 sq km, has been prepared by Subarna International Consultants of Singapore and is expected to cost Rs. 300,000 crore.

The Krishna will have an imitation Sentosa Island as a major tourist attraction. Residents of the capital will have non-motorised transport, cycle tracks and extensive network of walkways. There will be lake parks, waterfront promenades and golf course.

The entire capital region extends to 7,420 sq km, much larger than New York City or Tokyo. The core area where the new Amaravati is to be built is prone to floods, particularly the area surrounding the Kondaveeti Vaagu reservoir, making it necessary to raise the ground level by two metres.

The initial cost of raising the ground level is estimated at Rs. 1,500 crore. N Srikanth, Commissioner of the Capital Region Development Authority, says “it is worth it.” The Singapore government has been able to tame the River Singapore by various strategies like building small reservoirs at different points to retain the run-off to avoid flooding.

Chandrababu Naidu hopes planners of Amaravati from Singapore will be able to do the same with the River Krishna also. He said “Amaravati will be a dynamic city with economic and social activity. The government is determined to complete it as early as possible although Hyderabad will be the common capital for 10 years.”

According to Article 4 of the Constitution, Parliament alone has the responsibility to select the site or location of the capital since the AP Reorganisation Act is a child of Parliament. That is why Section 6 was inserted in the Act.

VGTM, the capital region on the banks of the Krishna chosen by the TDP government, comprises fertile agricultural lands in seismic zone susceptible to natural calamities like floods, cyclones and earthquakes. The location chosen will necessarily involve high rise concrete structures which will inhibit recharge of ground water and aquifers and affect flow of water into the Krishna.

The estimated massive outlay of Rs. 300,000 crore on the project will adversely affect the government’s budgetary allocations for important sectors like public health, education and social welfare. Though Section 52 of the Capital Region Development Authority Act envisages farmers joining a Land Pooling Scheme voluntarily, the government has been threatening to take away their lands forcibly under the recently reissued Central ordinance on land acquisition which exempts the government from prior consent of land owners. The capital city project does not come under the definition of ‘public purpose’ provided in Section 2 of the LARR Act.

On 2 May, the Municipal Administration and Urban Development Department issued a GO (No. 110) enabling the State government to give pooled land acquired from farmers to private agencies for commercial use on a 99-year lease. For reasons best known to Chandrababu Naidu, this GO has not been put on the government website.

Obviously, the intention of the government in concealing the GO is to hand over pooled land to real estate sharks to make windfall profits. It was for this purpose Section 54 was inserted in the CRDA Act providing for “developer entities,” euphemism for real estate developers. It may be recalled the Supreme Court has, time and again, cautioned the government not to acquire agricultural land in the name of development. The capital city project of the AP government makes a mockery of this sane advice.

The site chosen by the State poses danger to human lives and property because it is highly vulnerable to natural calamities. Apart from that, the capital region is made of alluvial and sandy soil with high water level and cannot sustain heavy structure needed for the capital city. Only rocky or rock like soil having low water level can sustain heavy structure. Any Act or statute which is dangerous to human lives is violative of Article 21 of the Constitution.

Development of the capital at the present site and in the present form, besides being illegal and against the Constitution, will result in massive and irrevocable loss and destruction to agriculture and farming, food security, and environmental degradation. It will severely disrupt the existing vibrant agrarian economy and uproot thousands of farmers and agricultural labourers and throw them on the streets resulting in social upheaval.

To develop a capital city which should last for centuries, it is imprudent to be in such a hurry. The AP Reorganisation Act itself gives the State 10 years to develop its capital city which can be extended if circumstances demand. If Narendra Modi agrees to lay the foundation stone for the new city of Amaravati on 6 June, he will not only be doing a great disservice to the farming community but also encourage States to indulge in anti-constitutional activities.