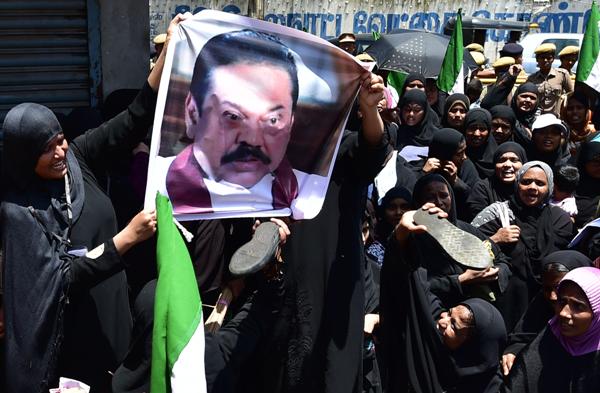 In a significant development in the Eelam liberation movement, the European Court of Justice, the highest court in the European Union (EU) has annulled the restrictive measures against the Liberation Tigers of Tamil Eelam (LTTE).

It vindicates the belief that the Eelam Tamils will receive justice from the international community based on the merits of their case for recognition of their liberation struggle.

It was only after the terrorist bombing of the World Trade Center (WTC) in 2001 and the pressures adopted by the Congress led Indian government that the world was fed with a totally distorted view of the Tamil Eelam struggle.

In December 2001, in the aftermath of the WTC attack, the EU imposed specific restrictive measures directed against certain persons and entities with a view to combating terrorist organizations.

On 29 May 2006, the European Council took the decision to freeze the funds of the LTTE.

In contesting the Council’s decision, the LTTE demonstrated to the world its faith in democratic processes.

The LTTE sought to establish its credentials as a liberation movement, and stated that it “was involved in armed conflict against the armed forces of the Government of Sri-Lanka, seeking self-determination for the Tamil people and their ‘liberation from the oppression’ of that government.

“Given the way in which the LTTE’s armed forces were organised and their manner of conducting operations, the members of those forces meet all the requirements laid down by international law for recognition as ‘combatants’.

“That status gave them immunity in respect of acts of war that were lawful under the terms of the law on armed conflict and meant that, in the case of unlawful acts, the LTTE would be subject only to that law, and not to any anti-terrorism legislation.

“Since legitimate acts of war cannot be categorised as unlawful under national law, they fall outside the scope of Common Position 2001/931, which, as provided under Article 1(3) thereof, does not apply to acts which are not offences under national law”.

EU lawyers heavily depended on the Indian government’s ban of the LTTE as a precedent conveniently forgetting that the ban on LTTE in India had a lot of politics behind it.

The LTTE lawyers rightfully argued that “the Indian authorities cannot be regarded as a reliable source of information since they have adopted a ‘biased position’ in the conflict between the LTTE and the Government of Sri-Lanka.”

Recently the Government of Tamil Nadu withdrew its case against MDMK leader Vaiko, who had been charged under the draconian Prevention of Terrorism Act for being a vocal supporter of the LTTE.

The LTTE was banned in India in the background of the killing of former Prime Minister Rajiv Gandhi, which is an unresolved mystery. The LTTE had not accepted responsibility for his killing.

A recent book titled 'Assassination of Rajiv Gandhi: An Inside Job?' by a senior journalist Faraz Ahmad has thrown many questions on the killing of Rajiv and even hints that it could have been a contract job. Hence, there is no certainty over who the killers of Rajiv were.

The EU Court observed that “the placing of the LTTE on the list relating to frozen funds constitutes an infringement of the principle of non-interference under international humanitarian law and the Council was wrong to apply to the LTTE the provisions of EU law on terrorism.”

This verdict will have a positive impact in countries like Malaysia and Australia. In the recent past Malaysia has been deporting Tamil refugees on the ground that they have links with the LTTE.

Malaysian Member of Parliament M Kulasegaran, a well known lawyer, who has represented Malaysian Parliament at the International Criminal Court, and has been trying to push Malaysia to ratify the Rome Statue, told this writer, “This verdict will go a long way in the protection of the Eelam Tamils who many times are branded as Tamil terrorists around the world as a result of the negative campaign of Government of Sri Lanka.

“This will also help Tamil asylum seekers favorably. There is also a possibility of states looking at the Tamil problem empathetically. It is a snub on the arrogant ruling regime in Sri Lanka which has branded all Tamils as terrorists. Hope this verdict will help in ending the miseries of the Tamils”.

For obvious reasons, the Government of Sri Lanka (GoSL) is jittery at the turn of events. The GoSL has expressed disappointment at the verdict and says it would give more evidence to the EU to reconsider the case.

But it should know that the times have changed and the UN has already initiated an inquiry into the allegations of War Crimes against it. It would do well to save its own President from the grave charges against his regime.

This verdict is also a lesson to the pro LTTE groups in Tamil Nadu to hire eminent legal luminaries who can argue the case on merit rather than on emotions as has been done so far.

This would go a long way in liberating the Eelam Tamils from the clutches of the brutal Sri Lankan Sinhala regime.

Dr. Paul Newman holds a Doctorate of Philosophy on ‘Internal Displacement and Human Rights situation in Northern Sri Lanka from Bangalore University. He was one of the four public speakers at the Permanent People’s Tribunal on War Crimes against Sri Lanka