A 'benevolent military dictator' voted to power in Fiji 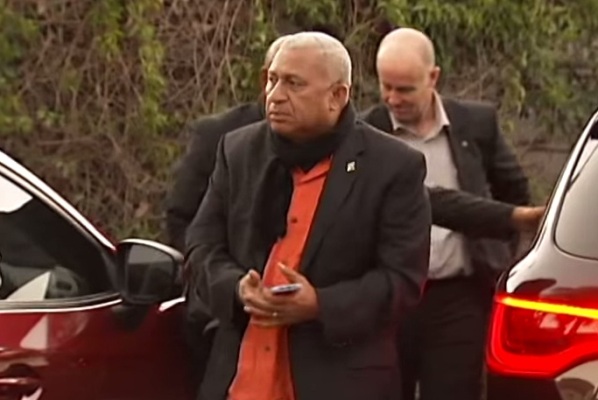 Voreqe Bainimarama, former chief of the Republic of Fiji’s Armed Forces and founder-leader of the Fiji First political party, is an enigma misunderstood not only by the people of the island nation, both iTaukie, the majority indigenous community, and the Fiji-Indians who constitute 37 per cent of the population, but also the neighbouring counties like Australia and New Zealand and most leaders of the democratic world.

When he overthrew the popularly elected government of Laisenia Qarase, steeped in discrimination and dispossession of Fiji-Indians, in a bloodless military coup in 2006, promised to clean up the system and restore democracy before the end of September 2014, none took him seriously.

Australia and New Zealand broke off diplomatic relationship, imposed economic sanctions and issued travel advisory to their citizens to avoid visiting Fiji which thrives on tourism. The 53-member Commonwealth of Nations suspended Fiji in spite of its abiding ties with Britain. Although Fiji is the gateway to the Pacific, the Pacific Islands Forum suspended it from this regional group also, making its isolation near total.

Addressing the UN General Assembly five years ago, Bainimarama said he would ensure Fiji had its first genuine democratic government by the end of September 2014. Standing on the same podium in New York on 29 September, he told the world body, “It is my honour to inform you that with the support of the Fijian people, I have kept that promise and I return here today as the democratically elected Prime Minister of the Republic of Fiji.”

He said Fiji had a long and traumatic journey in the 44 years since independence with four coups, an armed rebellion, four Constitutions and 56 days of what he called “shame” in 2000 when the first Fiji-Indian Prime Minister Mahendra Chaudhry, his Cabinet colleagues and Members of Parliament were held hostage.

“Fiji has struggled to be united and cohesive, our developments retarded by our inability to think and work as one nation, one people. But with this election, we have put that era firmly behind us. In our new democracy, we are all Fijians, not members of separate ethnic and religious groups,” said Bainimarama.

After taking over the reins of power from Qarase, Bainimarama drew up a programme called “The People’s Charter for Change, Peace and Progress,” under the aegis of an organisation called National Council for Building a Better Fiji (NCBBF). The objectives of the charter were to build Fiji into a non-racial, culturally vibrant and united well governed democratic nation.

The 1997 Constitution was abrogated and a new Constitution enshrining universal principles of secular democracy was promulgated on 6 September 2013. For the first time in the coup-ridden history of Fiji, all citizens are called Fijians. Earlier this appellation was applicable only to iTaukei.

Land has been a sensitive issue in Fiji. The colonial rulers who brought in Indian labourers to work in the fields enacted laws to prevent them from acquiring freehold land in their adopted country, and to achieve this, the Bose Levu Vakaturaga (the Great Council of Chiefs) was set up to make the chiefs owners of the land.

Bainimarama boldly abolished the BLV which stood in the way of ordinary Fijians making any progress. The new Constitution has not whittled down the iTaukei land rights, notwithstanding the mischievous propaganda by the opposition parties. Even before the adoption of the new Constitution, the Bainimarama government had started implementing the reforms.

Priority was given to restoring law and order which has been deteriorating steadily since the first coup of 1987 and communal strife engulfed the nation. The People’s Charter recommended sweeping electoral reforms by dispensing with communal electoral rolls.

No doubt Fiji has been ruled by a ruthless but benevolent military dictator for the last eight years, but during this period Bainimarama has been able to do more for the people of Fiji cutting across ethnicity and religion than any of the democratically elected governments since independence or the colonial rulers could achieve.

When election was held finally on 17 September, monitored by a 93-member international observer group co-led by Australia, India and Indonesia, many of the diplomats posted in Suva were surprised to find Bainimarama’s Fiji First emerging with a massive mandate.

They were counting on the traditional voting pattern of iTaukei votes going to SODELPA, led by Rewa chief Ro Teimumu Kepa and modeled after Qarase’s Soqosoqo Duavata ni Lewenivanua (SDL) with the promise of reversing the reforms brought about by the military ruler and restoring status quo ante. It lacked traction with the iTaukei. Ro Teimumu is the sister of the late Ro Lalabalavu Mara, wife of Ratu Kamisese Mara, first Prime Minister of independent Fiji and leader of the Alliance Party.

By the time election was held in September, Fiji has become a garden of peace and tranquility. Discrimination based on ethnicity, race and religion had been totally eliminated. Educational institutions have been made common to all communities. Benefits of the new Constitution have already begun to trickle down to all sections of population.

In this milieu, SODELPA’s campaign of moving the country backwards or promise of declaring multi-religious Fiji a Christian country did not find favour with the people. Kepa’s warning that if Fiji First was voted to power iTaukei would not be able to worship in churches was belied by Bainimara, also a Christian and a member of the establishment Methodist Church of Fiji, took his oath of office at the Government House holding a Bible in his right hand.

The warring tribal chiefs of Fiji were first converted to Christianity by European missionaries and they in turn signed a Deed of Cession handing over the country to Queen Victoria of Britain on 10 October 1874. The iTaukei today constitute 56 per cent of the population, Fiji-Indians 37 per cent and the rest is made up of residual Europeans, mixed races and the Chinese.

At the time of independence Fiji-Indians constituted more than 50 per cent of the population and the iTaukei came second. It is not surprising SODELPA could win only 15 seats in the 50-member Parliament against 32 by Fiji First. What surprised this scribe was SODELPA attracting three Fiji-Indians, including a former minister in the Qarase government, to contest on its ticket. Needless to say, all three were trounced.

The three remaining seats went to the National Federation Party founded by Fiji-Indians. It had been the main Opposition party till 1987 when it was eclipsed by the Fiji Labour Party. In spite of the recrudescence of the NFP as a minor player after its conspicuous absence from the election scene for nearly two decades, Fiji is heading for a healthy two-party system of parliamentary democracy.

The jinxed Fiji Labour Party which was voted to power in 1987 and in 2000 could not win a single seat this time. The Alliance Party which ruled Fiji for three terms and Qarase’s SDL have disappeared without a trace. The People’s Democratic Party, One Fiji Party and the Fiji United Freedom Party drew a blank in this election.

In his maiden address to Parliament, Bainimarama extended his hands of friendship to Kepa, the first woman Opposition leader, asking her to put aside political differences and work together for the betterment of Fiji.

“I intend to run an inclusive government. I intend to leave no Fijian behind. So I am extending a sincere invitation to my political opponents, especially the leader of the Opposition, to work with me to improve the prospects of every citizen, particularly our young people,” said Bainimarama. The world is watching.