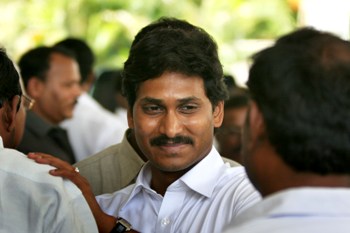 Creation of Telangana State has become a “Catch 22’ situation for the Congress Party.

The Congress party is in a ‘No Win’ situation. It has got enmeshed in its own complex web and is at a loss to wriggle out of it with least damage to its electoral prospects in all three regions of Andhra Pradesh.

Coerced by Telangana Rashtra Samithi (TRS) party championing the cause of Telangana and under sustained pressure by T-Congress leaders based on an assurance of sweeping 15 out of 17 MP seats in Telangana region, the Congress Working Committee (CWC) on July 30, 2013 resolved post haste to request the Central government to form a separate state of Telangana within a definite time frame.

On October 3, 2013, the Union Cabinet approved the proposal to create a new State of Telangana with the city of Hyderabad to serve as the joint capital of Telangana and Andhra Pradesh for ten years.

The Group of Ministers (GoM) was formed to suggest revenue, water and power sharing formulae, besides drawing of boundaries and sharing of administrative machinery for inclusion in T-Bill to be sent to the President and tabled in the Parliament for approval.

The GoM gave an opportunity to all stake holders to present their views for consideration and incorporation as considered appropriate in the T-Bill. Even an All Party meeting was held on 18 November 2013.

Union Home Minister, Sushil Kumar Shinde, who heads the GoM, has made it clear that the draft of T-Bill would be submitted to the Cabinet by 28 November.

The Cabinet, in turn, is likely to forward it to the President, Pranab Mukherjee, who may refer it to the state legislative assembly sometime in the first week of December as per established precedents of past procedure.

Under Article 3 of the Constitution, even if the T-Bill is rejected or defeated in the AP State Assembly, it need not halt the process of creating the new state.

The final call on the creation of the new state rests with the Parliament and the President.

TRS and other T- party MLAs may not support the T-Bill if Hyderabad is made the joint capital for 10 years with the law and order under the Central Government control. In such a context, the TRS is unlikely to merge with the Congress Party.

Considering past experiences with the Women’s Reservation Bill or Lok Pal Bill, none can rule out the possibility of the T-Bill meeting similar fate.

Besides, the issue of repealing Art 371 (D) by parliament has become quite contentious. Art 371 (D), which was introduced through the 32nd amendment in 1973 - after the 1969-70 separate Telangana agitation under Dr M Chenna Reddy - empowers the President to issue orders from time to time providing for equitable opportunities for people belonging to different parts of the state.

Under the article, the Presidential order was issued on September 21, 1972, dividing AP into six zones enabling reservation for locals in education and employment.

The Attorney-General G E Vahanvati apparently advised the Group of Ministers that AP cannot be bifurcated without withdrawing or repealing Art 371 (D).

APNGOs (AP Non Gazetted Officers), which spearheads the movement against the state bifurcation, threatens to move the apex court with a plea that the division of the state must be stalled until the issue related to Art 371 (D) is settled.

Thus, the Congress Party faces an uphill challenge to resolve the issue. All that the Party may succeed is tabling the T-Bill in Lok Sabha. And, the party can go to the electorate in the T-region saying that it has fulfilled its promise; it can blame other parties if the Bill is not passed in the Parliament.

If the TRS does not merge with the Congress Party, then the assurance of sweeping 15 out of 17 MP seats in Telangana by the T-Congress leaders is unachievable. At best, the party may get 5-6 seats.

In the SeemaAndhra region, the Congress Party may be wiped out. Unconfirmed reports suggest that the Congress Party Chief, Sonia Gandhi, had directed the CBI to dilute the cases against YSR Congress Party (YSRCP) chief Jaganmohan Reddy leading to the CBI Court granting him bail as quid pro quo measure.

No wonder, rumors are afloat that the Congress Party ‘think tank’ has struck a ‘deal’ with the YSRCP to extend post-poll support.

However, Jaganmohan had unequivocally stated at a largely attended rally in Hyderabad that his party would extend support to any party that stands for a united AP. The implications of his statement are obvious.

If the Congress Party fails to emerge as the single largest party and is unable to form the government on its own, the YSRCP is unlikely to extend it support.

Jaganmohan has met the BJP leadership and held secret parleys with them. Perhaps, he might have assured support to the BJP if it emerges as the single largest party and offers support to keep the state united.

YSRCP is keeping its options open for all sorts of political outcomes that might arise after the 2014 elections. Jaganmohan has met leaders of both the Left parties and regional parties like SP, BSP and JD (U).

The Telugu Desam Party is caught in a dilemma. Its credibility among people is quite low.

In sum, both the Congress Party and the TDP are caught in “Catch-22” situation.

MS Shanker is a senior journalist based in Hyderabad. He had been a Correspondent with NDTV, Outlook, Deccan Chronicle and Mid-Day