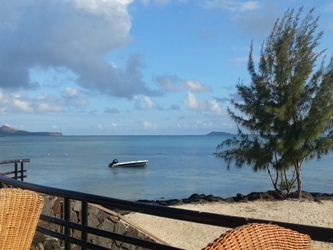 It must have come as a rude shock for the organizers of CHOGM 2013 when the Government of Mauritius announced that its Prime Minister would not lead its delegation to Colombo.

Mauritius is a small island with a total area of 2040 sq km. In terms of size, it is the 180th largest country in the world.

But the country ranks way up over other countries in various fields. For instance, unlike Sri Lanka, which is a failing state, this nation is a vibrant democracy.

The Mo Ibrahim Foundation, which focuses on developing leadership and governance in Africa, ranks Mauritius as the best in ‘Good Governance’ in the whole continent of Africa.

Mauritius ranks 24th worldwide and is the only African country with ‘full democracy’ according to the Economist Intelligence Unit's annual democracy index, ranking ahead of even Nelson Mandela’s South Africa.

The population is an estimated 1.3 million people with women outnumbering the men by about 20,000.

Statistics on ethnicity are not available because such questions are not included in the country’s population census. Mauritius is a religiously diverse secular state and freedom of religion is a constitutional right.

The World Bank's 2013 Ease of Doing Business report ranks Mauritius first among the African countries and 19th worldwide out of 183 economies in terms of ease of doing business.

The country’s stand on Sri Lanka hosting CHOGM has been admirable.

Former Prime Minister and presently the leader of the opposition Paul Raymond Bérenger, had openly called on the Mauritian Prime Minister for boycotting the meet in Colombo.

Prime Minister Navin Chandra Ramgoolam made the announcement of the Mauritian boycott at the National Assembly, while responding to the Private Notice Question (PNQ) of the Leader of the Opposition.

Paul Berenger, in his PNQ, wanted to get confirmation from Ramgoolam whether he would participate in the Commonwealth Summit in Sri Lanka or not.

Explaining his decision to skip the meeting, Prime Minister Navin Chandra Ramgoolam said, "This is a decision taken by a sovereign Mauritius in the face of the absence of progress in Sri Lanka (in) respect of human rights."

He said Mauritius - which incidentally will be hosting the next Commonwealth Heads of Government Meeting in 2015 - believed that "human rights are more important than everything else".

The prime minister also told AFP that the decision was taken because he had "closely followed the human rights situation" in Sri Lanka.

Ramgoolam said he made the decision because 'he is a man of principle.' He said he had received information that the situation in Northern Sri Lanka has not improved.

Addressing the Parliament, he declared, “Mauritius has never been and will never be indifferent to the Human Rights violation anywhere in the world including Sri Lanka.”

“I could give a list; on Palestine and Syria recently; on Iran. As a matter of fact, I have never missed a single opportunity in international fora to talk about human rights violation.

“Mauritius has rightly been acclaimed for our human rights credentials. At a Special session of the human rights in May 2009, Mauritius was one of the 17 countries which attempted to get the 11th Session of the Human Rights Council to investigate war crimes in Sri Lanka”.

It will be the first time since the island's independence in 1968 that a Mauritian prime minister will be absent from a Commonwealth summit.

With all these great political, social and economic attributes, Mauritius has taught a valuable lesson in upholding human values and morality apart from demonstrating that it is independent, democratic and sovereign in true terms, unconcerned about the geo political needs.

Mauritius has shown not just the Commonwealth countries but the entire world community that it might be a very small country but in terms of respecting human rights and humanity and upholding the spirit of the UN and the Commonwealth, it is among the best.

Dr. Paul Newman holds a Doctorate of Philosophy on ‘Internal Displacement and Human Rights situation in Northern Sri Lanka from Bangalore University. He was one of the four public speakers at the Permanent People’s Tribunal on War Crimes against Sri Lanka. He was recently in Mauritius to attend the International Conference on Tamil Diaspora Solidarity organized by the Mauritian Tamil Temple Federation and the International Council for Eelam Tamils from Nov 8-10.