Why India's Mars Mission is nothing to rave about 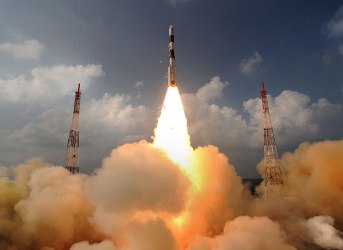 November, Anno Domini 2014, will witness one of the most exciting races to the Mars, popularly known as the red planet. On Tuesday, the Indian Space Research Organisation successfully launched its Polar Satellite Launch Vehicle (PSLV-C25) from the Satish Dhawan Space Centre (SHAR) in Sriharikota, Andhra Pradesh, with its Mars orbiter named Mangalyaan containing a payload of 15 kg comprising five scientific instruments.

The orbiter was evicted into pre-ordained earth orbit 44 minutes later. To get to Mars, the orbiter must repeatedly fire its own liquid propellant engine the next six days and on 1 December scientists would fire thrusters to put it on a trajectory for Mars.

The entire journey will take 300 days. To be precise, it is expected to reach the Mars atmosphere on 24 September, 2014. To know whether Mangalyaan keeps its date with Mars, we have to wait for another 10 months.

A fortnight from now, the American space agency NASA will be launching its Mars Atmosphere and Volatile Evolution mission named MAVEN by a considerably more powerful Atlas V rocket which will put the spacecraft on a direct course for the Mars.

It is expected to reach its destination much earlier than Mangalyaan. The purpose of the mission is to provide answers about Martian climate evolution, determine the state of its upper atmosphere and provide test models for methane formation.

The two missions are like a race between a bullock cart and a jet aircraft. The question the scientific community not only in India but also in other countries ask is what was the great hurry for ISRO to venture into this arduous mission which, even if ends in complete success overcoming many a hurdle on its path, is not going add any verifiable information about Mars.

Certainly it is not going to add to the prestige of India or boost national pride, as claimed by ISRO chairman K Radhakrishnan, though it may divert attention from the follies he had committed since assuming stewardship of the organisation in 2009.

By the time Radhakrishnan assumed charge, the PSLV had become the tested, dependable launch vehicle to put satellites weighing up to 1,200 kg in orbit with 12 successful launches under its belt and static testing of the next generation Geo-Synchronous Satellite Launch Vehicle capable of putting much heavier satellites in higher altitude was completed successfully.

Instead of building on this strong foundation, fine tuning the GSLV was neglected and priority was given to non-core areas which brought instant publicity to the chairman. The Mars mission is one such adventure.

The first leg of the journey was undertaken in a proven PSLV and claimed it was the 25th launch though only 23 launches had taken place earlier. If only ISRO had waited till perfecting its GSLV, it could have carried a heavier payload with the right complement of instruments and placed in a near circular orbit around the red planet.

Mangalyaan is programmed to get into an elliptical orbit with a periareion (nearest point to Mars) of 366 km and apoareion (farthest point) of 80,000 km to begin its observation of that planet and its atmosphere.

What clarity photographs of Martian features taken from such a distance can provide may be gauged from ISRO’s satellite pictures of the helicopter crash in the North-East in May 2011 in which the former Arunachal Pradesh Chief Minister Dorjee Khandup died.

ISRO satellites in the Low Earth Orbit failed miserably to track the crash site. It was shepherds in the area who spotted the remains of Khandup. ISRO’s claim of finding methane and establishing whether there is life on Mars should be taken with a pinch of salt.

The mission is unlikely to give any more information than has already been published by NASA through their observation satellites.

Five years ago, China and India were on an equal footing in space exploration. Since then China has made enormous strides in its space programme while India’s has remained stunted.

China has already sent 10 astronauts into space. Its space station is nearing completion. Instead of trying to bridge this gap, ISRO remains Mars struck. That India wants to join the race to Mars is understandable.

No Asian country has traversed Mars so far, though it has been the target of many unmanned spacecraft since the dawn of the space age in 1957. Japan tried in 1998 by launching Nozomi which ended up on a wrong trajectory.

China launched its Yinghuo by hitching a piggyback ride on Russia’s Phobos Grunt mission in November 2011 but it fell down two months later. The Soviet Union, after a series of failed missions from 1960 onwards, sent three successful missions to Mars in 1971.

The European space agency had sent its Mars Express and in 2003 and released a Beagle 2 in the Martian atmosphere. But nothing was heard from it. For thousands of years, mankind has observed Mars in the night sky as a red dot.

The Romans named it after the god of war because of its red colour. It was left to the USA to snap a monochrome photo to give a close-up view of Mars in 1965 and land a rover on Mars in 2004 which continues to explore the red planet and send regular feedbacks.

Because of the similarities between the earth and the Mars and optical illusions during the 19th century telescopic observation, people suspected presence of intelligence life on Mars.

Robotic spacecraft that have landed on Mars, however, have not found evidence of any life there. Now comes the discovery that there are two billion planets in our galaxy that may be suitable for life. NASA’s Kepler spacecraft has provided enough data to determine potentially habitable planets in the Milky Way.

ISRO’s top-most priority should be to perfect the GSLV which is not only a must for inter-planetary exploration but also to launch our heavy satellites instead of depending on the European space agency at exorbitant charge.

India needs 80 to 110 satellites over the Indian Ocean for surveillance and monitoring of the region, according to the Defence Research and Development Organisation.

China has already positioned 19 satellites to keep watch over the Indian Ocean. ISRO is not up to the task.

There should be no room for superstition and blind faith in an organisation like ISRO. Article 51 A of the Constitution says, “It shall be the duty of every citizen of India to develop the scientific temper, humanism and the spirit of enquiry and reform.”

Of late, India seems to be slipping into a world of blind faith and superstition. The Oxford dictionary describes superstitution as “belief in the existence or power of the supernatural; irrational fear of unknown or mysterious.”

Even the new Media Centre at the Satish Dhawan Space Centre was built according to vastu shastra. Mangalyaan was launched at 14.38 hours on 5 November to avoid rahu kaalam, gulika kaalam and yamakandaka kaalam of the day, as advised by Kerala astrologers.

Opening of sky windows invariably synchronises with ‘auspicious’ day and time. Radhakrishnan visits some of the temples in Thrissur known for black magic voodoo before any major space launch.

No launch takes place from SHAR without the ISRO chairman and his team of scientists paying obeisance to Lord Venkateswara at Tirupati, nearby Kalahasthi Temple, and the Ankammal Temple at Sulurpet and offering replicas of the spacecraft.

Superstition clings to their necks as they are afraid of the number 13. After the successful launch of PSLV 12, there was no PSLV 13 because of the irrational fear.

Superstition does not permit thinking because it demands blind faith, and seldom promotes scientific temper.

If ISRO were to play a significant role in space research and exploration, it should first inculcate scientific temper at least among senior staff and not succumb to mumbo jumbo and voodoo.

Sam Rajappa is Consulting Editor of The Weekend Leader. He was till recently Director of The Statesman Print Journalism School, Kolkata