Widely seen as a prime ministerial candidate, Gujarat Chief Minister Narendra Modi Monday advocated women's empowerment even as he took a dig at the Congress and its star leader Rahul Gandhi.

Four days after Gandhi used a CII forum to make a political pitch, Modi observed at a meeting of the women's wing of industry lobby FICCI that no human was perfect and he was no different.

"Everyone has some weakness or the other. I too have shortcomings," Modi said here, and asked people to point out his weaknesses through the social media.

Asked to reveal his weakness, he said no individual can correctly evaluate himself.

"I may have some weakness which I may not be able to see but you will be able to. if you spot any such weakness (in me), please convey them through the social media ... so that I can free myself of my weaknesses."

Modi didn't speak about his prime ministerial ambition but there was loud clapping and even whistling when one woman asked what he would do about women's reservation in politics "when you come to the centre".

In his 70-minute interaction, which included questions he took from the overwhelmingly female audience, Modi took a swipe at both the Congress and its vice president Rahul Gandhi.

Insisting that Gujarat needed to see much more economic development, he said he had been busy since assuming office in 2001 filling up the many "pits" left behind by decades of Congress rule.

"So far I have only done the work of filling up the pits," he said, inviting laughter in the packed venue. "You can imagine what massive pits the Congress created!"

And while referring to a Gujarati women who popularized her pizzas, the chief minister underlined that she was no fake creation unlike "Kalavati", the woman Rahul Gandhi quoted during a parliament debate.

Modi painted a dismal picture of women's status in India even as he highlighted their entrepreneurial skills and talents and the need to give them special status in elected bodies.

Female foeticide, he said, had pushed back India to the 18th century. "As we kept getting modern, our negatives have gone up."

"If we have to build a modern India, then we will have to first give dignity to the Indian woman." He said the increasingly skewed male-female ratio was creating a serious social crisis.

Modi revealed some of the steps unleashed in Gujarat to empower women. These included stamp duty waiver if property was registered in women's name and making the mother's name mandatory in school records.

He saluted the role of tribal women in Gujarat in making the Lijjat papad a household name today. He also praised young tribal women who have become forest guards at Gujarat's famed Gir forest.

As he did at the Shri Ram College of Commerce in Delhi University Feb 6, Modi again quoted Mahatma Gandhi in his speech.

While talking about Gujarat's economic successes, he admitted that a lot more needed to be done.

The chief minister said the Gujarat assembly had passed a legislation reserving 50 percent of all seats in local bodies to women, but it was yet to become law as Governor Kamla Beniwal had not signed it.

"It is our misfortune that it (legislation) is stuck although we have a woman governor." - IANS 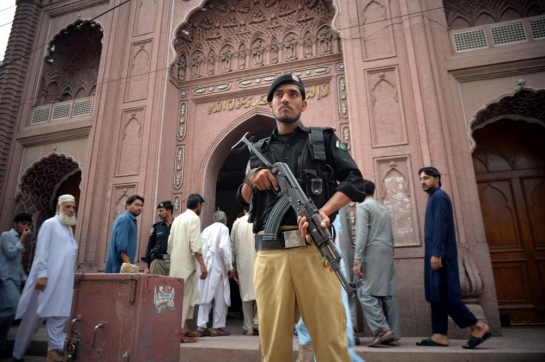