When Sania Mirza made the year her own 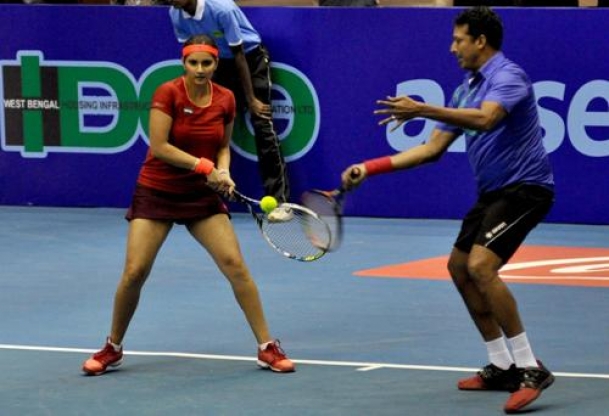 Sania Mirza personified Indian tennis in 2015 with a stupendous rise that catapulted her to the tip of the women's doubles rankings and also become the maiden countrywoman to win a Grand Slam.

Two women's doubles titles were evidence of her growing stock in the format, which she was forced to concentrate on after an injury-induced retirement from singles in 2013.


Her association with Swiss great Martina Hingis, forged in March, formed the basis of an unstoppable juggernaut as they complimented each other perfectly to win an astonishing nine titles, a fairytale journey adorned with prestigious victories at Wimbledon and the US Open.

They teamed up in 16 events and enjoyed an overwhelming 55-7 win-loss ratio with a 22-match unbeaten hard court streak. The astounding success won them legions of fans who lovingly branded them "SanTina".

The Indo-Swiss collaboration capped off a memorable year with a triumph at the season-ending Women's Tennis Association (WTA) Finals in Singapore, also winning at Beijing, Wuhan, Guangzhou, Charleston, Miami and Indian Wells.

The Charleston victory propelled Sania to the top of the doubles rankings. It was their third successive trophy together and gave impetus to the Hyderabadi to monopolise the top spot in rankings.

SanTina was named as Women's Doubles World Champions by the International Tennis Federation (ITF) for 2015.

Sania began the year brightly, claiming the Sydney International with American Bethanie Mattek-Sands in January. She bagged 10 women's doubles trophies as an individual in the indelible year.

Sania was not the only Indian whose fortunes were closely interlinked with Hingis.

The Swiss Miss, a former singles World No.1, was at the top of her game in mixed doubles too, and together with fellow veteran Leander Paes, won three Majors - the Australia Open, Wimbledon and US Open.

The experienced duo utilised every bit of their vast maturity to lord the mixed doubles circuit.

The 42-year-old Paes continued to defy age with his agility and athleticism, as if serving a constant reminder that performance should be the only criterion to judge an athlete, not his age, which he insists is just a "number".

An unflinching resolve to play in a record-setting seventh Olympics for his country next year at Rio serves as a source of motivation for Paes, expertly taking his off-field distractions over a custody battle for her daughter with estranged partner Rhea Pillai in his stride.

His men's doubles form though was sharply contrasting as the 18-time Grand Slam champion failed to reach the title round in all four Majors, the last trophy being the 2013 US Open.

He managed just one men's doubles title in the year in 26 attempts.

Hingis praised her Indian doubles partners for shaping up not only successful partnerships on-court but cordial friendships off-court that the 35-year-old attributed to the impressive performances.

But while all was shining on the doubles front, India's struggle on the singles circuit was again highlighted when their top-ranked player Yuki Bhambri (93) lost both his Davis Cup matches against Czech Republic at home.

India lost the World Group Play-off tie 1-3 to condemn them to spend another year at the Asia-Oceania Group 1 phase.

But Bhambri partially atoned himself winning two Challenger level singles titles to break into the top-100 singles chart for the first time, resulting in a direct access at Grand Slams.

But Somdev Devvarman's free fall from a career best 62 in 2011 to an obscure 180 mirrored the trouble Indian team faces in Davis Cup ties.

Novak Djokovic won three Grand Slams, was runner-up in the fourth (US Open) and won 11 titles in total. From mid-January he reached 15 finals consecutively. He became the first man for seven years to win 80 or more matches in a season, ending with an 82-6 record.

Serena's ambition of making it a "Serena Slam" by holding all the four Majors at one time was dashed with her semi-finals loss at US Open but she remained in a league of her own with three Grand Slam titles pushing her to third on the overall list, just behind German Steffi Graf (22) and Australian Margaret Court (24). - IANS