A month after wage hike, Indian seafarers get pension 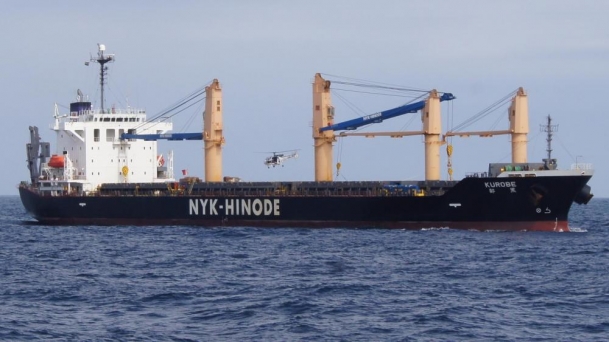 In a double benefit during the corona pandemic, the Centre has decided to extend pension cover benefits to over 4,00,000 seafarers across all categories, as per an agreement with the National Union of Seafarers of Indian (NUSI), a top unionist said here on Wednesday.

"After a meeting in New Delhi on Monday chaired by Director General of Shipping Amitabh Kumar, the government has extended the benefits of provident fund, gratuity and pension to all ranks of over four-lakh merchant navy seafarers working on both Indian and foreign flag ships," NUSI General Secretary Abdulgani Y. Serang told IANS.

The latest development came five weeks after the NUSI and another union FSUI clinched an agreement with the Indian National Shipowners Association (INSA) for a hefty 40 per cent wage hike with retrospective effect from January 2020, last month.

Terming the latest development as 'historic', Serang said that though the PF for seafarers exists in the statute for Indian flag ships, the gratuity and pension was still a 'bilateral arrangement' between NUSI and the shipping companies as per the Collective Bargaining Agreement.

"For nearly two decades we have been fighting for these three benefits to be part of the statute and applicable to all ranks of seafarers -- officers, petty officers, ratings and other categories -- serving on Indian and foreign flag ships," Serang said.

Now, with the efforts of Shipping Minister Mansukh Mandaviya and Prime Minister Narendra Modi, the long pending demand has been accepted which will go a long way in caring for the seafarers and their families after they retire, the NUSI chief added.

However, they were still deprived of the pension, gratuity and even PF for all categories serving under Indian or foreign flags which has now been given by the government, explained the spokesperson.- IANS