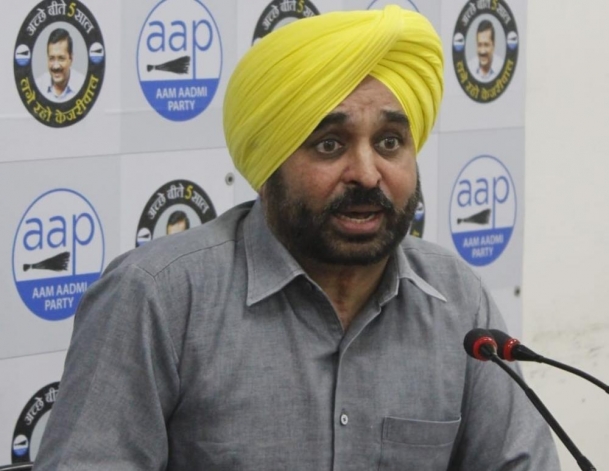 Slamming AAP state chief Bhagwant Mann for speaking "blatant lies", Punjab Chief Minister Amarinder Singh on Saturday said it was unfortunate that people like him who had no knowledge about the Constitution and legislative procedures, were in politics and were making illogical statements with the sole motive of misleading the people.

The Chief Minister said the state government had already finalised requisite petitions for challenging the central farm laws and would do so at an opportune time on the advice of legal experts.

"Just like his bosses, Mann too has mastered the art of lying and deception but while doing so he has exposed his incompetence as a parliamentarian by making frivolous statements on matters pertaining to the Constitution and legislative procedures," said Amarinder.

He was referring to AAP leader's claims of collusion between the Chief Minister and the Governor over sending the agricultural laws, passed unanimously in the Punjab Vidhan Sabha to negate the 'black' farm laws imposed by the NDA government, to the President.

"You really have no knowledge of how legislative work is done," said the Chief Minister while advising Mann not to shoot his mouth off on matters of such vital importance.

"If you think that you can mislead the people of Punjab by your lies, you are utterly mistaken, as every Punjabi has seen through your webs of deceit and your betrayal of the farmers' cause," said Amarinder Singh in a statement.

The Chief Minister said while his government's stand on the Centre's 'black' farm laws had been consistent from day one, both AAP and the Shiromani Akali Dal had been doing flip flops over it.

"One day you unanimously support our Bills and your party leaders, including Leader of the Opposition Harpal Singh Cheema, accompany me to the Governor and the very next day you do a somersault and start opposing them," said the Chief Minister while adding that such flip flops had shown the real face of AAP to the people of Punjab.

The Chief Minister further said AAP's double face and its collusion with the BJP to weaken the farmers' agitation had been further exposed with Arvind Kejriwal meekly notifying one of the farm laws in Delhi rather than following Punjab's example of bringing in legislations in the Assembly to negate the impact of the farm laws. - IANS