PM to dedicate National Atomic Timescale to nation on Monday 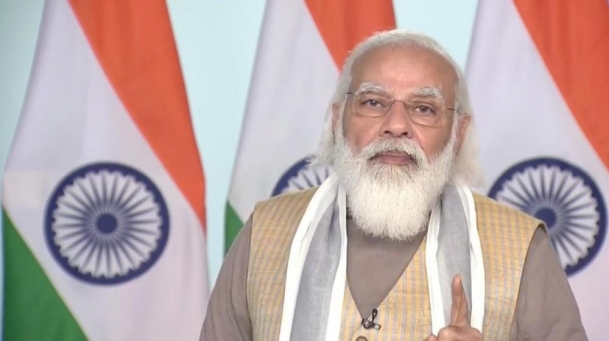 Prime Minister Narendra Modi will dedicate the 'National Atomic Timescale' and 'Bhartiya Nirdeshak Dravya' to the nation, and lay the foundation stone of the National Environmental Standards Laboratory on Monday.

The National Atomic Timescale generates Indian Standard Time with an accuracy of 2.8 nanoseconds. The Bhartiya Nirdeshak Dravya is supporting testing and calibration of laboratories for quality assurance, at par with international standards. The National Environmental Standards Laboratory will aid self-reliance in the certification of ambient air and industrial emission monitoring equipment.

The Prime Minister will also deliver the inaugural address at the National Metrology Conclave via video conferencing.

National Metrology Conclave 2020 is being organised by Council of Scientific and Industrial Research-National Physical Laboratory (CSIR-NPL), New Delhi, which is entering its 75th year of inception. The theme of the conclave is 'Metrology for the Inclusive Growth of the Nation'.

Union Health Minister Harsh Vardhan will also be present on the occasion. - IANS