Khirkiya Ghat to emerge as new destination for tourists in Kashi 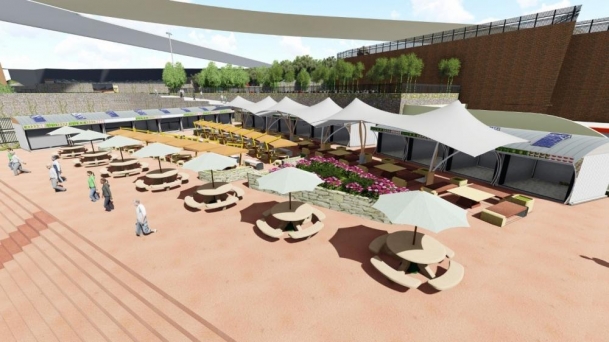 Khirkiya Ghat will become a new centre of attraction for people from all over the world visiting Kashi to see the captivating images of the crescent-shaped ghats along the Ganga river.

This new tourist destination, which is being added to the map of Varanasi, will be directly connected to water, land and sky. It would now be easier to reach the ghat from the airport and the railway station.

Anil Yadav, general manager of the National Building Construction Corporation, said, "The cost of this ghat being built on 11.5 acres of land is nearly Rs 35.83 crore, which will be ready by July 2021.

Planner India, the company designing, engineering and doing the Detailed Project Report of this project said the ghat is being prepared with gabion and rotation walls, that is, it will look like the old ghats but would be safe even during disasters like floods. Its construction is eco-friendly and parking for vehicles will also be available at this ghat which is not there at other ghats.

Varanasi Divisional Commissioner Deepak Agrawal informed that more tourists would visit the Assi and Dashashwamedh Ghats, but the trains do not easily reach all the ghats so Khirkiya Ghat is being developed, which would have all modern facilities.

For example, tourists could get a ticket to visit the Kashi Vishwanath Temple from Khirkiya Ghat; along with this they would now be able to enjoy water sports, read books in the library, and go for morning walks, exercise and yoga. Facilities for a food plaza, RO plant and a place for craftsmen to sell handicrafts would be provided.

A multipurpose platform is being built on 1.6 acres on which two helicopters would be able to land. It would also have heli-tourism in addition to holding cultural events.

A CNG station is also being built at Khirkiya Ghat for a CNG-powered boat to prevent pollution in the Ganga. 'Govardhan Puja' would be engraved through murals at the Ghat and nearby temples would be restored to their original form. The historical monuments nearby would be connected to the Ghat and the Panchkosi Road would be made accessible.

Divisional commissioner Deepak Agrawal said that this multi-model, mini-terminal ghat will also be useful in crowd management on occasions like Diwali. The Rajghat and Bhainsasur Ghats are also being renovated and will be connected to Khirkiya Ghat. Now nearly all the 84 ghats of Kashi would be connected as 'pucca ghats'. - IANS