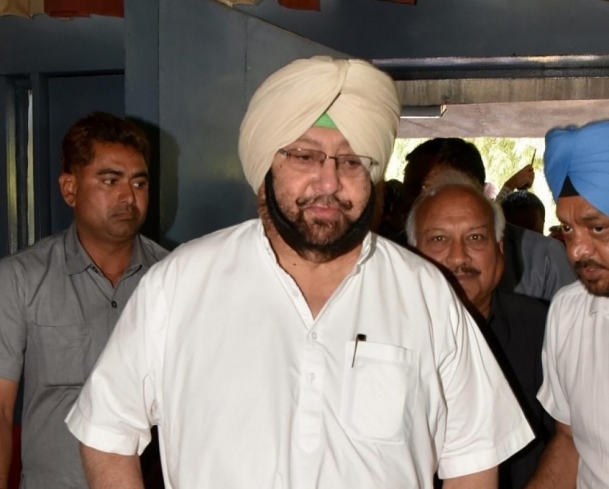 Punjab Chief Minister Amarinder Singh on Saturday castigated the Centre for its intimidatory tactics against 'arhityas' or commission agents supporting the agitating farmers.

He warned that such draconian measures will further aggravate the angst of the people against the Bharatiya Janata Party (BJP)-led Central government.

Terming the clearly motivated Income Tax (IT) raids against some Punjab 'arhtiyas' as an obvious pressure tactic to curb their democratic right and freedom, Amarinder Singh said these oppressive actions will backfire against the ruling BJP.

The Chief Minister said it was evident that having failed to persuade, mislead and divide the farmers into ending their prolonged protest against the 'black' farm laws, the Central government was now trying to weaken their struggle by targetting the 'arhtiyas', who have been actively supporting the agitation since day one.

The IT raids were conducted at the premises of several big 'arthityas' within a span of just four days of issuing notices, without waiting for responses to the notices, Amarinder Singh noted, dubbing it a clear debasement of the due process of law.

Even the local police were not informed or taken into confidence, as is the normal procedure, and instead, the CRPF was used to provide security during the raids by the I-T teams, he further pointed out.

"What is this if not a clear case of vendetta politics by the Centre, which is hell-bent on demolishing the farmers' protest by hook or by crook?" asked the Chief Minister.

A total of 14 'arhtiyas' across Punjab have received notices from the IT department. - IANS