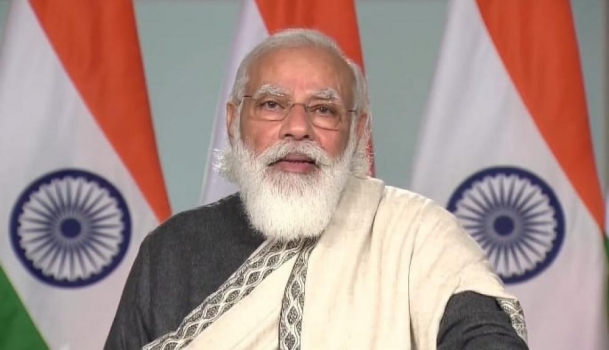 Prime Minister Narendra Modi on Saturday expressed grief over the demise of veteran journalist, ex-legislator, senior Rashtriya Swayamsevak Sangh (RSS) ideologue and its first spokesperson Madhav Govind Vaidya who passed away in Nagpur earlier in the day in a private hospital.

In a tweet, the Prime Minister said, "Shri MG Vaidya Ji was a distinguished writer and journalist. He contributed extensively to the RSS for decades. He also worked to strengthen the BJP. Saddened by his demise. Condolences to his family and admirers. Om Shanti."

One son, Dr. Manmohan is a senior RSS leader and another is the co-convenor of Hindu Swayamsevak Sangh.

Vaidya, a former Member of Maharashtra Legislative Council, had recently recovered from a Covid-19 infection, but was active and alert till the end.

However, his health suddenly deteriorated on Friday and he was rushed to the Spandan Hospital where he breathed his last around 3.30 pm this afternoon, said a senior RSS worker.

Vaidya's last rites shall be performed at his home in Pratapnagar and the cremation shall be held Ambazari Ghat in Nagpur on Sunday morning at 9.30 am. - IANS