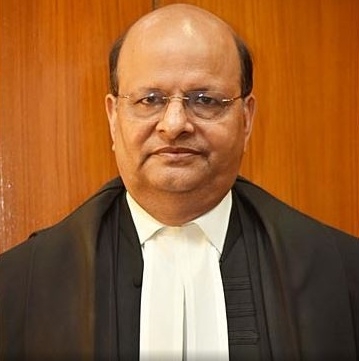 The Chief Justice said that despite the restrictions posed by the Covid-19 pandemic, the courts in Odisha are committed to provide justice to people.

He was speaking at the inauguration of the new court building of Civil Judge Junior Division-cum-JMFC at Hinjilicut in Ganjam district.

Rafiq informed that the High Court has disposed nearly 40 thousand cases by December 14 this year.

He also thanked the state government for providing the land for the new court building at Hinjilicut.

The building is magnificent, attractive and has all the infrastructure provisions to facilitate justice system, the Chief Justice added.

Patnaik said the state government is strongly committed to achieve the Constitutional goal of providing access to justice for the citizens.

Congratulating the people of Hinjili for the new court, he said that right to justice is a fundamental right and his government is committed to strengthen the justice delivery system.

The CM said that despite the constraints of the Covid-19 pandemic, the government has recently established four new courts in the state to decide commercial disputes.

He also added that 45 courts have recently been established to exclusively try offences against women.

Patnaik added that the government is working closely with the High Court to provide adequate funds for developing infrastructure to meet the requirements of judiciary.

He informed that the annual grant by the government to the "Odisha Advocates' Welfare Fund" has recently been enhanced from Rs 3 crore to Rs 5 crore.

He said that the government has taken the initiative of amending the provisions of Odisha Advocates Welfare Fund Act, 1961 to permit usage of such funds to provide financial assistance to the lawyers.

Minister of State for Home Dibya Shankar Mishra said that the new court building will help in taking the justice system to the door steps of the people. - IANS