Farmers to pay homage to deceased protesters on Dec 20 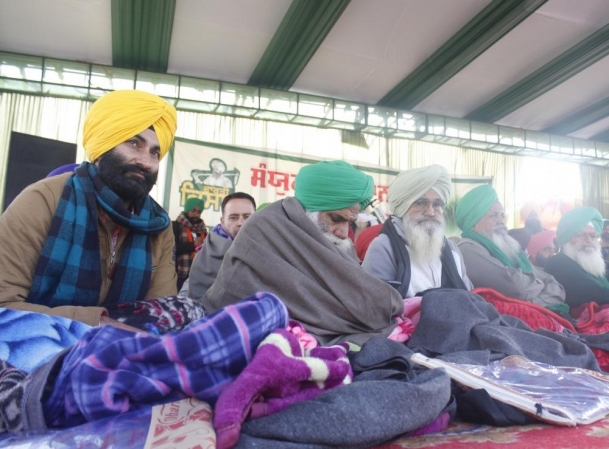 The protesting farmers at Singhu Border have announced that they will pay homage to 20 farmers who have died since the agitation began on December 20. Upping the ante further, the protesting farmers' unions have blamed these deaths on the Centre, while adding that their agitation will continue, come what may.

"The Modi government is responsible for these deaths. Even if we have to pay with our lives, we will fight till the end and win," said Jagjit Singh Dalleval, a farmer leader.

The tributes will be paid from 11 a.m. to 1 p.m. in all the houses across India's villages, they claimed, adding that they will also take a pledge to up the ante.

Dismissing the various allegations against a section of protesters, the farmer leaders said, "The Centre couldn't create a rift among us and hence it is levelling all kinds of allegations."

Yudhveer Singh, the General Secretary of Bharatiya Kisan Union, was present when the farmer leaders were addressing the media. Indrajit Singh, who is the Vice President of the Haryana chapter of BKU, also joined in along with the likes of Jagjit Singh Dallewala, Rishi Pal Ambavta and Sandeep Gidde among others.

Making a charge against the Prime Minister, Yudhveer Singh said, "The PM was telling industrialists during his address to FICCI that the farm sector has been opened up for the farmers... He is doing 'Man Ki Baat' with the whole world, but doesn't have time for us farmers."

Reasserting their position, Dallewala said that they are not up for amendments but a complete repeal of the contentious farm laws. He claimed that it was due to the farmers' agitation that the Centre is not convening the Winter Session of the Parliament. "The government says it won't repeal the laws but we will make them do it," he added. - IANS