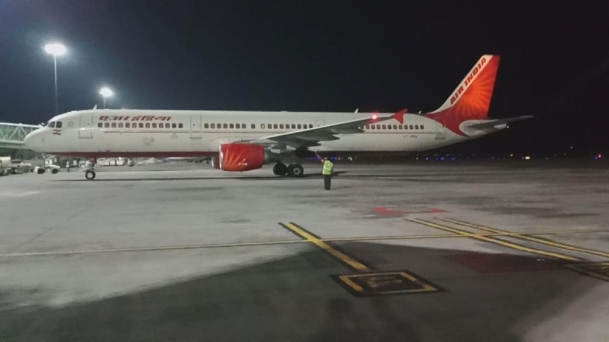 The sell-off plan for Air India moved to second stage with the government on Monday saying that multiple expressions of interest has been received for strategic disinvestment of the state-run carrier.

"Multiple expressions of interest have been received for strategic disinvestment of Air India. The transaction will now move to the second stage," according to a tweet from the Secretary, Department of Investment and Public Asset Management.

Tata Sons, which owns the industrial conglomerate Tata Group, is expected to have submitted an initial bid for the loss-making airline, sources aware of the matter told IANS. However, when contacted an official spokesperson of the Group declined to comment.

Other bidders in the fray are a group of 209 Air India employees who have submitted an expression of interest for the national carrier in partnership with a private financier. The bid process is being led by Meenakshi Mallik, who is the current Commercial Director at Air India.

Sources also said US-based fund Interups AI, a company engaged in reviving stressed entities, has also put in its hat in the ring for Air India disinvestment, showing its interest in running the airline.

Speculations have been rife over several months regarding Tatas' interest in their erstwhile airline.

Notably, it was the Tatas who started Air India prior to the nationalisation of the airline in the 1960s.

The last date of EoI submission ended on Monday.

In October, the Centre, in an aggressive push to off-load its stake in the national carrier, decided to invite bids for Air India, based on the company's enterprise value.

The change in criteria would allow for the bidding to take place on the current value of the assets and other resources of Air India.

The deadline for the bid submission was also been extended to December 14 from October 30.

Similarly, the deadline for announcing the name of those short-listed has also been extended.

The new date for announcement of short-listed bidders is December 28.- IANS