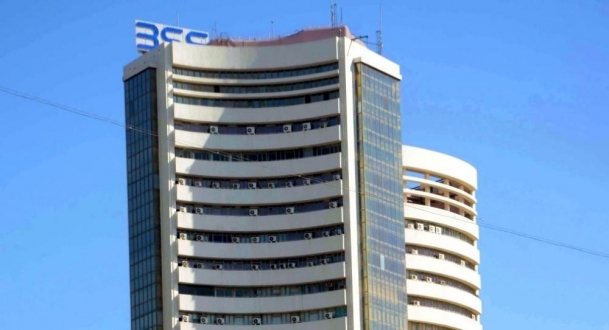 Accordingly, foreign investors pumped in liquidity worth Rs 3,564.23 crore on Wednesday as they eye prospects of a faster economic recovery in India amid subsiding Covid-19 cases.

During the session, the S&P BSE Sensex touched a record intra-day high of points, while the Nifty50 on the National Stock Exchange also touched a new record high.

Notably, it took S&P BSE Sensex only three days to capture the last 1,000 points in its journey to cross 46,000-mark.

While Wednesday was the fifth gaining session for Sensex, it was the seveth for Nifty. Both the markets were aided by a strong global sentiment. However, volumes on the NSE were lower than recent average.

Among sectors, banking, media, realty, IT, FMCG were the main gainers while PSU bank and metals ended in the negative.

Besides, sentiments were buoyant post the Union health secretary's statement that the government may consider approving vaccines for the public, thus raising bets of an economic recovery.

"Nifty continues its upward climb with little signs of a reversal soon. In fact today's rise has come with an upgap between 13,435-13,449. It will be interesting to watch as to whether this upgap is filled soon or whether today's gap is an exhaustion gap which indicates that we are close to a top," said Deepak Jasani, Head of Retail Research at HDFC Securities.

According to Siddhartha Khemka, Head, Retail Research, Motilal Oswal Financial Services: "Indian equity market continued its record breaking run for the seventh straight session to touch yet another new high. Going ahead, the overall structure of the market continues to remain positive given abundant liquidity, developments on the vaccine front and signs of economic recovery."

Vinod Nair, Head of Research at Geojit Financial Services, said: "The market is effortlessly rallying to new high on a daily basis, with all the sectors contributing in the bull run. Indian rupee is strongly moving ahead against the USD, as dollar is attracted to the domestic developments, providing an edge compared to other Asian peers. Small and Micro caps are hugely outperforming the market, and the euphoria is expected to stay in the short to medium-term. Hopes of vaccine and stimulus packages in India and developed nations are raising the spirit of equity market."  - IANS