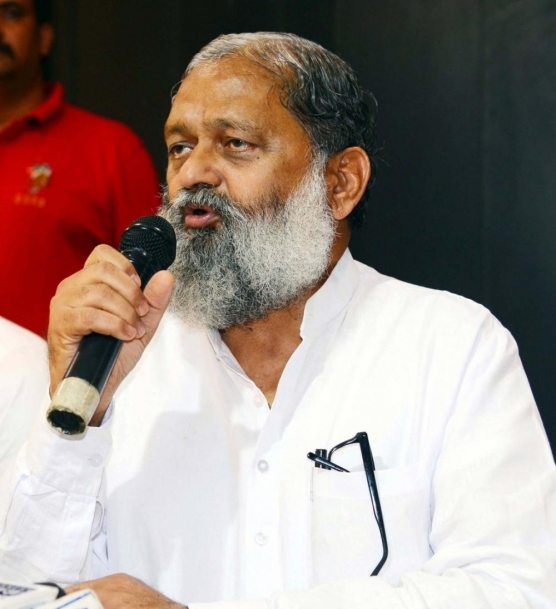 Vij tweeted that he has tested positive for coronavirus and has been admitted to the Civil Hospital in Ambala Cantonment, about 50 km from here.

On November 20, Vij was given a shot of Bharat Biotech's 'Covaxin' for which he had volunteered. Besides Vij, over 400 people from Haryana, including the Vice Chancellor of Pandit Bhagwat Dayal Sharma Post Graduate Institute of Medical Sciences (PGIMS), Rohtak, O.P. Kalra, participated in the trials.

PGIMS Head of the Department of Pulmonary and Critical Care Unit, Dhruv Chaudhary, said it is not known whether Vij received a vaccine or placebo, as shots for the volunteers were selected randomly by a computer.

On Friday, a deputation of the Jannayak Janta Party (JJP), Haryana government's alliance partner, had met Vij over its demand to withdraw criminal cases registered against the protesting farmers.

Also, yoga guru Ramdev had called on Vij at his office in Chandigarh on December 1.

On its part, Hyderabad-based Bharat Biotech said that the efficacy of its Covid-19 vaccine could be determined only fourteen days after a second dose.

"Covaxin has been designed to be efficacious. Covaxin clinical trials are based on a two-dose schedule, given 28 days apart. The vaccine efficacy will be determined 14 days post the second dose," said the company in a statement. - IANS