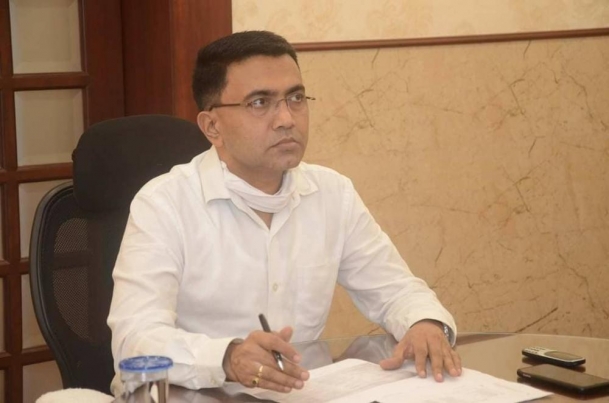 Chief Minister Pramod Sawant said on Friday that the state pollution control authority has been directed to submit a report on coal pollution in the state, amid increasing demands from the opposition as well as the ruling MLAs for shutting down transportation of coal cargo via road and rail through the state.

"I have given an assurance that 50 per cent coal will be reduced. I have asked the Goa State Pollution Control Board to submit a report on (coal) pollution within eight to 10 days. Once the report is submitted, I will take a decision," Sawant told reporters at a press conference at his official residence here.

On the back of several ruling BJP MLAs joining public agitations against Central government projects, which are being accused of facilitating additional transportation of coal from the state's only major port operated by the Mormugao Port Trust to Karnataka via road and rail, Sawant said the legislators cannot take law in their hands.

"I can understand being with the people as part of popular sentiment. But MLAs cannot take law in their hands," Sawant said.

Nearly 50,000 trees located in the Western Ghats region of Goa are slotted for felling for the multiple Central government projects, which include expansion of railway lines and highways and drawing of a new high tension power, spread across the protected forests in and around Mollem village.

The projects were cleared by the National Board for Wildlife in April this year. The Opposition, civil society groups and tourism stakeholder bodies have expressed their apprehension that the projects are being pushed at an "express pace" to facilitate movement of coal imported through the Mormugao Port Trust facility in Goa to steel mills in Karnataka's Bellary district and nearby areas. - IANS