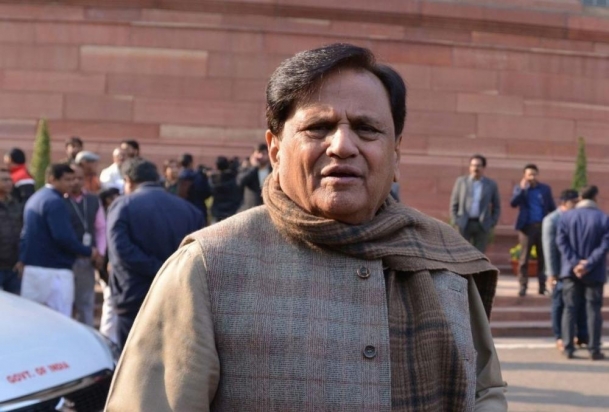 Ahmed Patel is no more and his sudden demise has left a number of questions unanswered in Rajasthan politics.

The raging question being discussed by one and all in political circles is who will replace Patel in the 3-member committee formed to address the political crisis which erupted soon after the former deputy Chief Minister Sachin Pilot launched a rebellion against Chief Minister Ashok Gehlot in July.

Patel along with Ajay Maken and KC Venugopal was in the committee set up to redress the grievances of the rebel lobby in Rajasthan. In fact, Patel was the person who resolved the political crisis with his acumen and brought Pilot and his MLAs back in the party's fold.

Now, the Congress workers are waiting to know how things proceed, "how will political appointments be announced, will there be cabinet expansion? How much weightage will be given to Pilot and his MLAs who were divested of their portfolios after the crisis? When will the PCCs, dissolved in July after the political crisis, be formed again? Will the Gehlot loyalists who camped in hotels during the crisis for over a month be given plum posts?

Besides these, there are many other issues which need to be addressed in Rajasthan.

Speculations is rife whether Pilot will be elevated in the AICC or will Gehlot get mileage or if he will re-induct Pilot into his ministry.

Now, with Patel's departure, there is suspense in the party over how things will proceed, said Jogendra Singh Awana, former BSP MLA who joined the Congress with five other BSP MLAs.

These ex-BSP MLAs are also awaiting their turn to get a position in the cabinet and other political appointments.

Everything including the cabinet expansion, political appointments, re-induction of rebel leaders etc were awaited but with Patel's demise, a lot of uncertainty has been created and all eyes are on Rajasthan -- will Gehlot give a major portfolio to Pilot or not, is what we all are looking for, said a senior Congress leader.

Meanwhile, Sachin Pilot, when contacted, told IANS that Ahmed Patel's demise is a major loss for the party. "He was a pillar of the Congress who kept the young and the old united."

The party in this time of crisis needs to stand united. Very soon, the PCC shall have a new team under its chief Govind Singh Dotasara in Rajasthan. Also, the pending developments too shall take place although there can be some delay in the matter.

Earlier Maken had been infected with COVID and Venugopal's mother passed away. Now, our pillar of strength Patel is no more. So things might take time but everything will be resolved soon, he added.

In July, the PCC of Rajasthan were dissolved and the new committees for each district are yet to be announced.

Three of the committee members, Patel, Maken and Venugopal were monitoring the developments and taking feedback from the grassroots leaders.

State education minister Govind Singh Dotasara was announced as the new PCC chief after Pilot was sacked from that position.

In fact, the former PCC members and these former ministers have been awaiting their re-induction with the formation of the three-member committee.

Now, how and when shall these developments take place is a major question, said Awana.

Meanwhile, Chief Minister Ashok Gehlot had also expressed grief over the passing away of Ahmed Patel, and termed him as his close friend and a trusted partner. "It was a great loss to the entire political community and the nation."

"In this way, he remained committed to keeping the Congress organisation united even though staying away from power in his political life for more than four decades. His absence would be sorely missed," he said in his tweet. - IANS