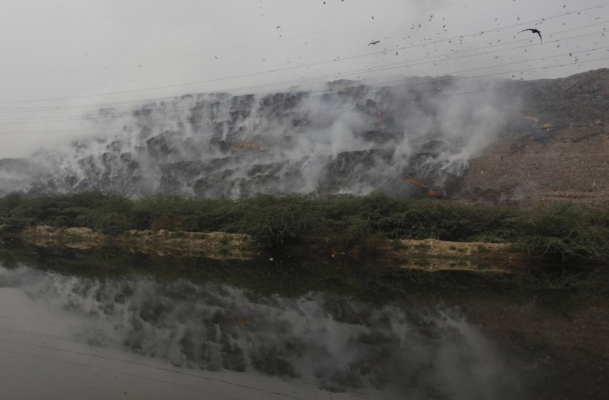 Firefighting operations at east Delhi's Ghazipur landfill continued on Wednesday morning as toxic fumes from the burning garbage filled the air. No injuries were reported from the spot.

The cause of the fire is yet to be ascertained. The toxic smoke spread to nearby residential area, causing inconvenience to the area residents.