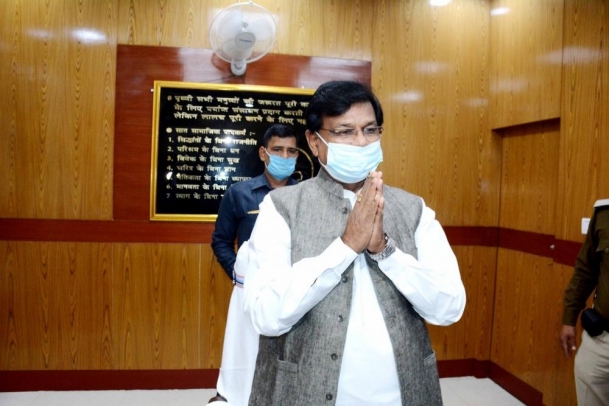 The Janata Dal (United) appears to be taking high moral ground on the resignation of tainted minister Mewalal Choudhary.

State JD(U) chief Vashishtha Narayan Singh, president of JDU Bihar unit said here on Saturday: "I am thankful to Mewalal Choudhary for resigning from the post of education minister. CM Nitish Kumar has maintained zero-tolerance for corruption. He had taken strict action against Jitan Ram Manjhi, RN Singh and Ramadhar Singh when they faced allegations of corruption," Singh said.A

"At present, Tejashwi Yadav is being very vocal against Mewalal Choudhary. I want to tell him he has no moral right to talk on this matter. He is also facing similar corruption charges in a number of cases. Will he step down from his post and set an example for other leaders of his party?" asked Singh.

"CM Nitish Kumar has set the example a number of times. That's why the people of Bihar have given him a mandate for the fourth consecutive time to run the government," he said.

Cabinet minister Ashok Chaudhary said: "Our leader cannot tolerate crime, corruption or communalism in Bihar. The Mewalal Choudhary episode is a prime example of this. He took oath on November 16 and we sought permission from the Governor to initiate a criminal case against him. On November 19, he gave his resignation. He has been booked under the same IPC sections that Tejashwi is facing. Is Tejashwi resigning from the post of MLA?"

Sanjay Singh, state spokesperson of the JD(U) said: "The entire family of Tejashwi Yadav is facing corruption charges. Is he leaving the post of leader of opposition in Bihar assembly?"

Earlier, Tejashwi Yadav had commented sharply against Nitish Kumar and said: "8 out of 14 ministers in his cabinet are facing serious criminal charges...do not dare to talk about morality, good governance and shamelessness." - IANS