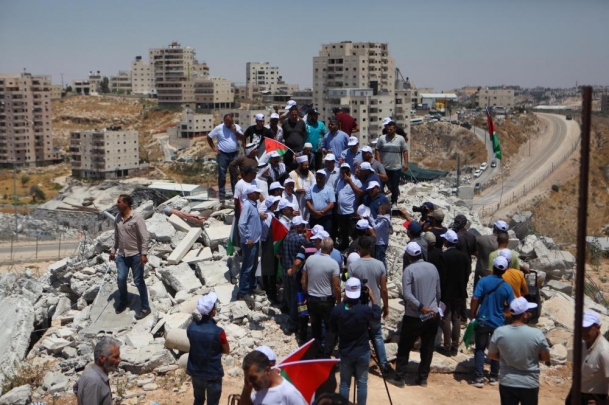 The Israeli government has promoted a plan for hundreds of new settlement homes in a sensitive area near East Jerusalem.

In a tender issued on its website on Sunday, the Israel Land Authority invited contractors to bid for the construction of 1,257 housing units in Givat Hamatos, a settlement neighbourhood of Jerusalem, reports Xinhua news agency.

The last date for submitting the biddings is January 18, 2021, the Land Authority said.

The settlements are located in the West Bank and East Jerusalem, lands captured by Israel in the 1967 Middle East war.

The new construction is expected to trigger anger among the Palestinians.

Givat Hamatos is located in some of the last lands connecting the Palestinian areas of the West Bank and East Jerusalem, where the Palestinians hope to establish the capital of their future state.

The Palestinians want to establish an independent state on the territories occupied by Israel in 1967 with Jerusalem as its capital by way of peace talks with the Jewish state.

The last round of peace negotiations between Palestinians and Israelis, sponsored by the US, broke down in 2014 because of their deep divisions on issues related to Israeli settlements and the Palestinian statehood.

The Palestinian Authority severed its diplomatic ties with the administration of US President Donald Trump after he declared Jerusalem as Israel's capital in 2017. - IANS