Clashes over playing music during idol immersion in UP 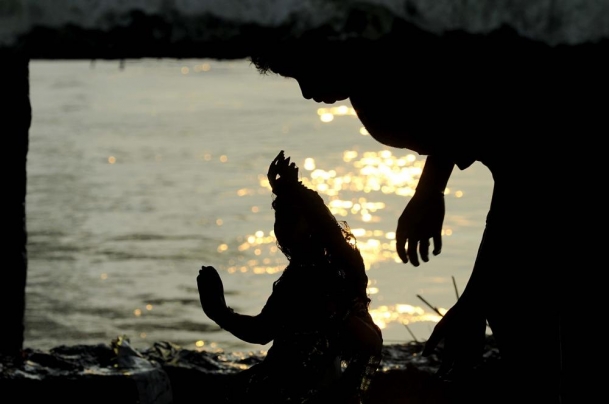 Playing loud music during the immersion of idols of Lakshmi and Ganesh led to violent clashes in Uttar Pradesh between two communities in Ambedkar Nagar district.

The incident happened on Sunday night.

Over a dozen people were injured, two of them seriously, in the incident that took place in the Pahitipur Bazaar area.

The injured identified as Sachin Gupta and Raj Tadwani, were admitted to the Trauma Centre in Lucknow for treatment.

According to reports, there were requests made for lowering the volume of music during the immersion as it was 'namaaz' time at a nearby mosque.

The requests were not complied with and an argument ensued that snowballed into a physical fight between the groups, as large crowd collected at the spot.

Superintendent of Polcie (SP) Alok Priyadarshi and other senior officials reached the spot and the police used mild force to disperse the mob.

Forces from adjoining police stations were called in to control the situation.

The SP said that efforts were on to identify those responsible for the clash and strict action would be taken against them.

Additional forces have been deployed in the area to prevent any further fallout. - IANS