Priyanka Chopra shares her first look in 'We Can Be Heroes' 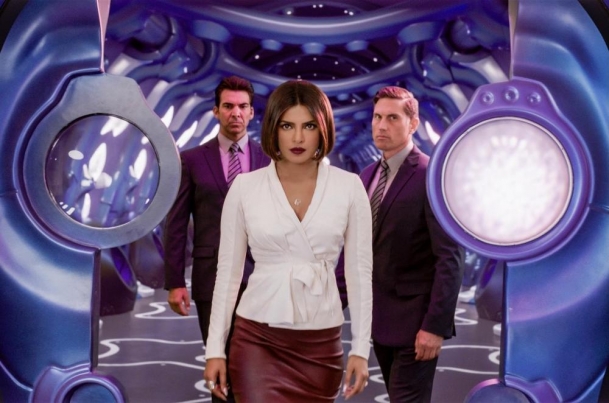 Priyanka Chopra on Friday shared her first look in her next film, We Can Be Heroes.

The actress took to her verified Twitter account and posted a few stills from the film and wrote: "Wohooo! It's finally here! Presenting the first look for - We Can Be Heroes!!!! It's directed by the incredible Robert Rodriguez, and is coming to Netflix on New Year's Day!"

"A kids classic. Robert pretty much created this genre of movies. I'm so excited about introducing you to the tangled world of my character. More on this coming soon," she informed in a separate tweet.

The upcoming superhero film "We Can Be Heroes" has been written, directed and produced by Robert Rodriguez.

The film stars Christian Slater, Pedro Pascal, Sung Kang, YaYa Gosselin and Boyd Holbrook among others, and is expected to release in January 2021. - IANS