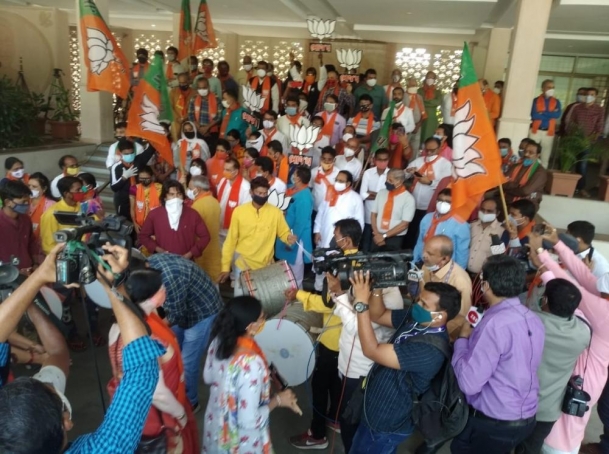 As the trends are coming in from polling centres, the BJP is emerging as the single-largest party in the state but the Congress is not able to repeat its 2015 performance of 27 seats and the Mahagathbandhan is behind the NDA.

Congress leaders say while it's early to comment on the outcome of counting trends but the BJP is more comfortable on seats fought by the Congress. Also, the RJD despite being popular, could not get the popular votes as per trends till 12 noon.

Congress leaders feel that though the party contested on 70 seats but they were tough contests as on these seats the BJP had a strong presence. The RJD conceded those seats which were either urban seats or were strong BJP bastions.

As per trends, at 12 noon the BJP is emerging as the single-largest party with 73 seats. While the RJD is leading at 57 seats, the JDU at 51 and the Congress at 21 seats.

Bihar voted for the 243-member Assembly in three phases -- October 28, November 3 and November 7.

The Bihar election is being seen as a referendum on Chief Minister Nitish Kumar, whose JD(U) is in alliance with the BJP-led NDA. Nitish Kumar has governed Bihar three times in a row since 2005. - IANS