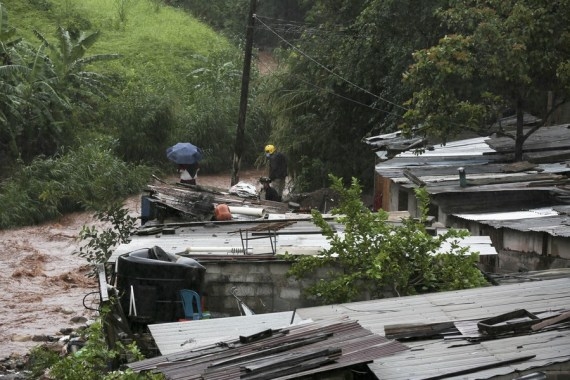 Tropical storm Eta, which ravaged Central America and has now moved towards Cuba, left 26 dead in Honduras, while four others were strill reported missing, the country's disaster relief agency said.

Eta moved over Honduras on November 6 as a tropical depression weakened from a Category 4 hurricane that slammed into Nicaragua, reports Xinhua news agency.

After the storm exited Honduran territory the night of November 6, recovery teams have been working to rescue people from flooding, said the Permanent Contingency Commission, adding that more than 1.7 million people were affected.

As water receded, rescuers found the bodies of victims who were unable to escape flash flooding caused by overflowing rivers.

A team from the Green Cross of El Salvador joined rescue operations in Honduras on Sunday, while a helicopter from Guatemala has been helping to search for victims since November 7.

According to local media, at least 100 people have been killed by Eta in Central America. - IANS