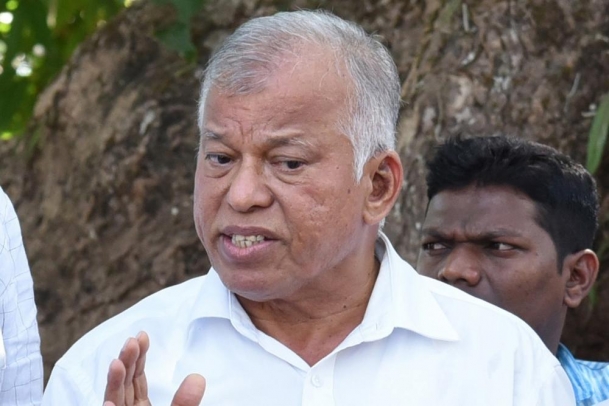 Former Goa Chief Minister and Congress MLA Luizinho Faleiro on Saturday wrote to Prime Minister Narendra Modi urging him to scrap double tracking of the South Western Railway line in the state, which the Opposition has alleged is being done for facilitating a coal corridor.

"Goans are objecting to the double tracking of the railway line which activity is presently being undertaken in the state of Goa from the Mormugao Port to Karnataka much against the wishes of the people of Goa.

"This double tracking project is a disaster for Goans and hence I completely stand with the people on this issue in objecting to the said double tracking which is presently being undertaken and which will only boost coal transportation in Goa only to the detriment of Goa and Goans," Faleiro added.

Opposition and civil society activists have alleged that the three projects are being developed to facilitate transportation of coal imported to Goa's Mormugao Port Trust facility to steel mills in Karnataka's Bellary district.

"This double tracking is thus completely unwarranted and more so since it is intended to further promote transportation and handling of coal in Goan which activity will surely spell doom and destruction of the state of Goa and its people," Faleiro's letter said.  - IANS