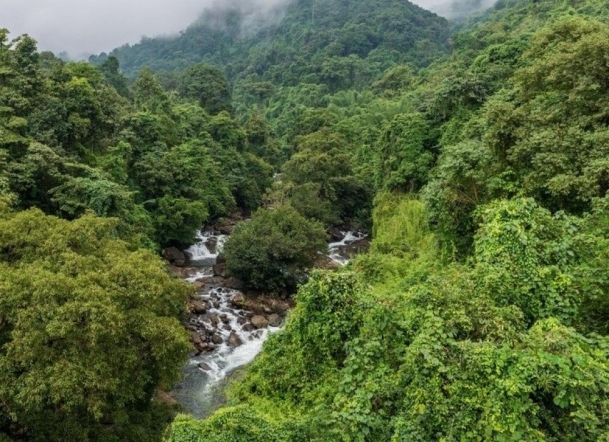 In a major green initiative, Kerala Tourism launched a project to create Miyawaki model micro forests at 22 tourism spots in 12 districts across the state.

Inaugurating the project by planting a sapling at the famed Shanghumukham beach here, State Tourism Minister Kadakampally Surendran said more than 30,000 saplings would be planted in about two acres of land identified for the scheme.

"Creation of micro forests that compare well with natural forests would make the tourist destinations in the state, especially those in urban areas, environment-friendly," said Surendran.

A Miyawaki model forest can attain growth within five to ten years, whereas a natural forest takes 25 to 30 years to gain the same level of growth.

Pioneered in 1970s by botanist and plant ecologist Akira Miyawaki of Yokohama National University, Japan, the micro forestation model seeks to expand the green cover on the earth by nurturing mostly indigenous species of plants in small patches of land.

The model has been replicated across continents, especially among communities where the pressure on land is heavy.

It has proved effective in fending off ill-effects of environmental degradation and climate change by conserving biodiversity, saving plants from extinction, shielding communities from natural disasters and serving as a bulwark against atmospheric and noise pollution.

Apart from foliage rich trees that make tourism spots eco-friendly, saplings of medicinal and fruit bearing plants as well as rare indigenous species are planted under the project. - IANS