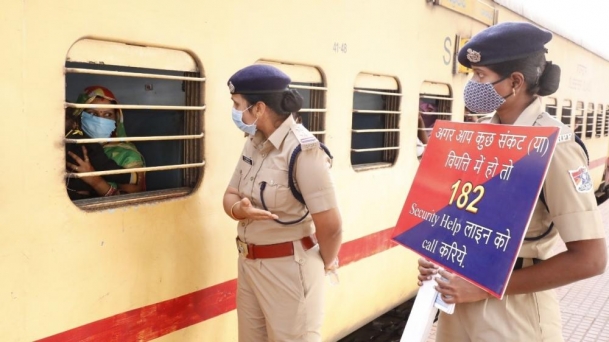 The South Central Railway (SCR) has launched 'Meri Saheli', an initiative for the safety of women travellers, especially those travelling alone.

As part of the security drive, a team of women Railway Protection Force (RPF) Sub-Inspectors or staff will interact with the women passengers at the originating stations.

"The women passengers are being briefed about all the precautions to be taken during the journey and are advised to dial 182 in case of emergency," the official added.

The RPF team collects the seat numbers of women passengers and passes them on to the respective RPF teams at the railway stations enroute the journey.

"The platform duty RPF personnel at the stations enroute will keep an unobtrusive watch over the coaches and berths concerned and, if need be, interact with the women passengers," said the official.

Aboard the trains, railway police escorts will cover the identified seats and berths.

"If a distress call comes from any lady passenger travelling in the train under the 'Meri Saheli' initiative, the disposal of the call is monitored at the level of senior officers in the division concerned," the official added.

In addition to the eight trains, the railway zone is also offering this protection to other zones' trains passing through the SCR zone. - IANS