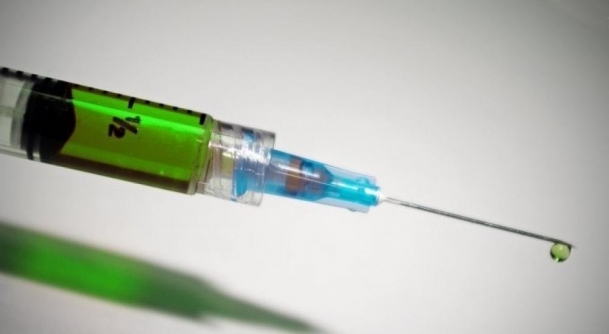 Bharat Biotech, which recently received approval to conduct Phase III human trials of India's first indigenous coronavirus vaccine, Covaxin, has said that the vaccine has been found to be safe without any major adverse events in the first two stages of trials and that its goal is to attain strong immune response rate in clinical trials.

"Covaxin was found to be safe without any major adverse events in the first two stages of the trials involving about 1,000 participants. Having received the approval from DCGI after assessing data from Phase I and II as well as the results of animal challenge study, we have moved into the last phase of trials," he said.

"Our goal is to develop and deliver to the world a safe and effective vaccine. Phase I data for neutralising antibodies had shown good immunogenicity. Analysis of Phase II data is on," he said when asked to comment on the view by some experts that early vaccines may not be fully effective.

"We have tested four different strains (clades) in India and done work on functional immunological assays, which will show us if this generates T-cell response, memory response," he added.

The indigenous vaccine developed in collaboration with the Indian Council of Medical Research (ICMR) and the National Institute of Virology (NIV) is an inactivated intramuscular vaccine that works by injecting the inactivated version of SARS-CoV-2, the virus which causes Covid-19, into the body to develop an immune response.

"We follow a well-designed vaccine development protocol, and ensure each stage of our vaccine development is driven with a sole goal to attain a strong immune response rate in our clinical trials. When we do a trial design, we take into account the attack rates, the disease type, the ability of us to detect the disease and then the recruitment timelines," the official said when asked about the comparison with vaccines being developed by several companies around the world.

The Hyderabad-based vaccine maker hopes to apply for regulatory approval for the vaccine in the second quarter of 2021.

"The Phase III efficacy data will be available approximately at the end of Q1 in 2021, after which we will apply for regulatory approval for release of the vaccine. We will continue on to phase IV which routinely follows up the participants for a few years," said Prasad.

"Phase III trials will be conducted across 25 sites in about 10-12 states. Two doses will be administered to each of the vaccine and placebo recipients, respectively. We plan to test 25,000-26,000 volunteers in the third phase of trials for Covaxin, involving about 1,000 participants enrolled per hospital," Prasad said.

When asked about the timeline the company is looking at for the vaccine launch, Prasad merely said they were looking to apply for approval in 2021.

"Although speed is the need of the hour, we are committed to conduct our research in the most ethical and scientific manner. We are focussed on safety and efficacy and we look to apply for approval in 2021," he said.

The company is looking for vaccine supply to both the government and private markets. It is also in preliminary discussions with other countries for probable supply.

It is investing about Rs 350-400 crore for the development of the vaccine and the new manufacturing facilities, which includes investments for conducting the Phase III clinical trials, in the next six months.

Bharat Biotech had announced on June 29 that it had successfully developed Covaxin in collaboration with ICMR and NIV.

The SARS-CoV-2 strain was isolated in NIV, Pune, and transferred to Bharat Biotech. The vaccine candidate has been developed and manufactured in Bharat Biotech's high containment facility located in Genome Valley, Hyderabad.

The Phase I trials began in July while Phase II trials started in September. - IANS