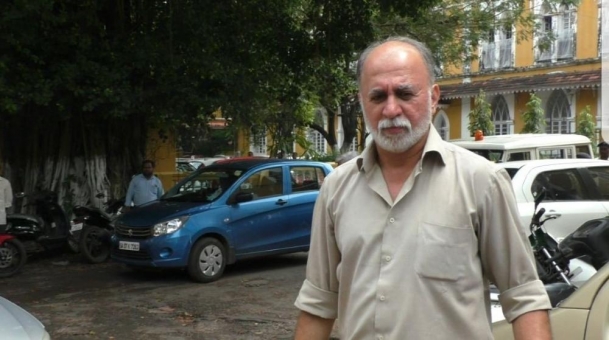 Extending the deadline for the completion of the trial in the sexual assault case against journalist Tarun Tejpal to March 31, 2021, the Supreme Court on Tuesday said that if he were to agree to a trial through videoconference, it would be over within two months.

While the complainant woman had sought her cross examination via videoconference amid the COVID-19 pandemic, Tejpal had strongly objected to it.

A bench headed by Justice Ashok Bhushan noted that the judge conducting the trial had cited reasonable ground for the extension of the trial in the matter. The bench said that 31 witnesses were yet to be examined in the matter.

Senior Advocate Kapil Sibal insisted that the trial should not be extended.

The bench told Sibal: "You are not agreeable to a trial through videoconference, otherwise it will be over within two months."

After a brief hearing in the matter, the apex court extended the trial deadline till March 31, 2021 from earlier December 31, 2020.

On October 5, Mehta had contended before a bench headed by Justice Ashok Bhushan and comprising Justices MR Shah and R Subhash Reddy that the prosecutrix was suffering from lung infection and was thereby avoiding travel during the ongoing pandemic.

Sibal had strongly objected to the trial through videoconference and argued that the woman did not want to face trial and insisted she had no lung problem.

Sibal had contended that the accused wanted expeditious completion of the trial and reiterated that his client was against any extension in the trial completion deadline. Mehta also supported the cross examination through videoconference.

The bench issued notice to Tarun Tejpal on a plea filed by Goa Police to seek extension in time for completing the trial in the 2013 sexual assault case against him.

The bench allowed Tejpal time to file his reply and posted the matter for further hearing on Thursday.

On August 19, 2019, while refusing to quash the charges against Tejpal, the top court had ordered for expeditious trial in the case.

The court had earlier issued a bailable warrant to secure the woman's presence before it, as her absence for cross examination was holding up the trial.

The woman had moved the High Court to seek suspension of the warrant, and she was granted this relief. The High Court observed that unless the woman approaches the top court and seeks extension, there is nothing much either the High Court or the trial court could do.

The prosecutor had informed the court that the state government is making all efforts to move the top court in the matter.

The High Court was informed that the woman was facing problems to visit Goa from Delhi amid the pandemic. She also cited respiratory infection, which made her prone to health hazards if she were to travel amid the pandemic. - IANS