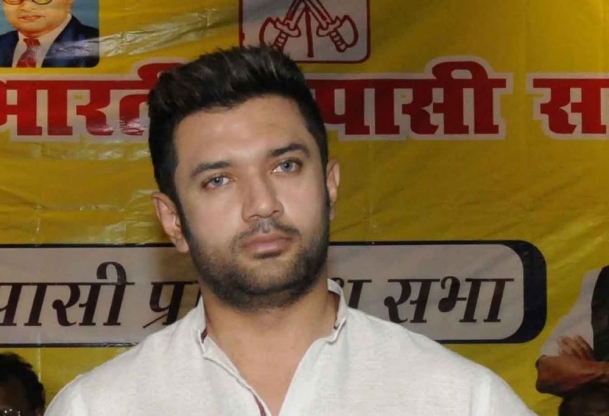 In a twist in the Bihar elections, as many as 61 per cent Bihar voters feel that Chirag Paswans LJP and BJP are actually working hand in glove with each other.

As per the ABP-CVoter opinion poll on Bihar state elections released on Saturday, 61 per cent said LJP and BJP are actually working hand in glove with each other.

There have been murmurs that Chirag Paswan is attacking Bihar Chief Minister Nitish Kumar and supporting the BJP in the state elections.

There is the flip side also on whether Chirag Paswan will join hands with RJD after the elections. 53.3 per cent respondents in the survey said that post elections RJD and LJP may join hands while 46.7 per cent said no.

There is also confusion in the voter's mind on who is the real NDA. As many as 42.7 per cent respondents said the real NDA is BJP plus LJP even though LJP has walked out of the NDA. 57.3 per cent said BJP-JDU alliance is the real alliance.

The poll sample size is 30,678 and the period of the survey is October 1-23. The total tracker sample size is 60,000 plus in last 12 weeks. The methodology is covering all 243 Assembly segments and the margin error is +/- 3 per cent at State level and +/-5 per cent at regional level.

Data is weighted to the known Census profile, including Gender, Age, Education, Rural/Urban, Religion and Caste apart from the voting recalls for last Lok Sabha and Vidhan Sabha elections. - IANS