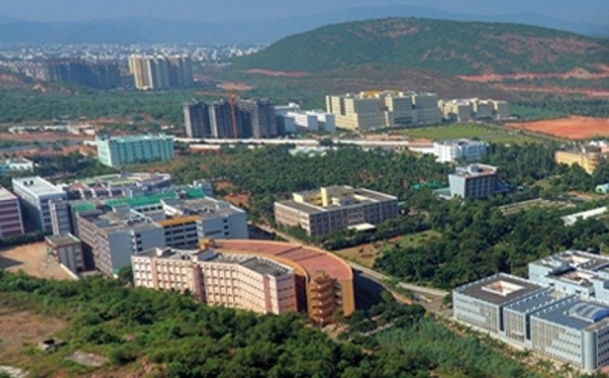 The Gandhi Institute of Technology and Management (GITAM)is being run by TDP leader M. Sri Bharat, who is a relative of former Chief Minister Chandrababu Naidu.

"This is an act of revenge by YS Jagan Mohan Reddy. It happened at midnight on Friday. Reddy and Vijay Sai Reddy's madness is increasing," he lashed out.

Kommareddy said the ruling partyt leaders do not care about the problems being faced by the people or their welfare. "On one hand, floods and heavy rains have caused acute loss in multiple districts and they are not doing any work on that front. They are focusing all their time on these revenge activities. I do not know what to call them, whether human or what," he assailed.

Kommareddy claimed that crops over lakhs of hectares have been destroyed in the recent rains, causing a lot of distress to the farmers, but the Chief Minister did not go to comfort them. Instead of carrying out the much needed welfare activities, the CM is focusing on exacting revenge, said the TDP leader

"All their thoughts are about what to loot from where and to exact revenge to suppress some people. Not about the problems of the people," he said.

The TDP spokesperson said the demolition of the GITAM university compound wall started from midnight Friday.

"They have been doing all their dark deeds in the nights, no good deed during the day. This gang of thieves will do anything in the night. They don't do any good work during the day," he said of the ruling YSRCP party leaders.

He said GITAM university is renowned for furthering education, providing employment to the youth and medical treatment to patients. "Demolishing the varsity's constructions which are currently being dealt with by the courts and without any directives is a vengeful act by the YSRCP party," said Naidu.

According to Naidu, GITAM varsity took up the responsibility of treating 2,600 Covid patients during the pandemic.

He said it is deplorable to demolish such an institution at midnight. "Those who do not know how to build have no right to crush. Already many people are going to other states for education, livelihood and healthcare, at this juncture, this political revenge act on GITAM is a Tughlaki deed," he claimed.

GITAM was set up in 1980 by late TDP leader M.V.V.S. Murthi. Currently it is being run by Murthi's grandson M Sri Bharat. - IANS