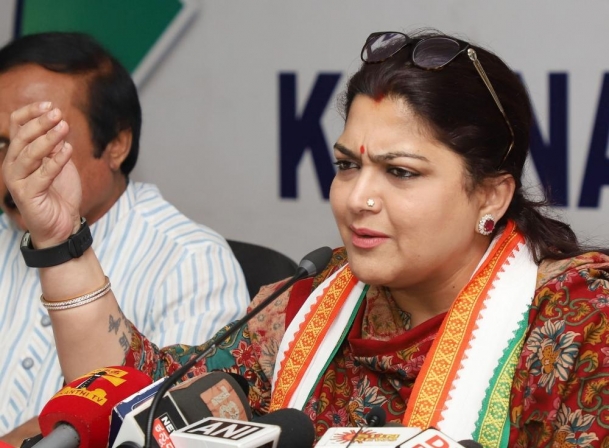 Amid speculation of actress Khushboo Sundar joining BJP, Congress removed her as party spokesperson on Monday.

Khusboo who joined Congress in 2014 after leaving DMK left for New Delhi on Sunday, sources said, to meet BJP leaders.

She was likely to join the BJP on Monday in presence of J.P. Nadda ahead of the Tamil Nadu assembly elections due next year. - IANS